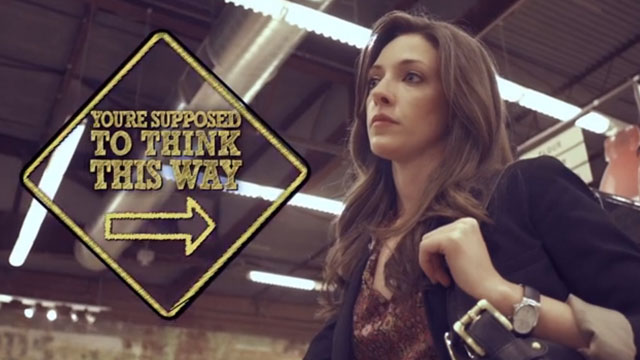 When it comes to graduation commencement speeches, platitudes are commonplace. I mean, if you’re trying to inspire a large swath of young people who are about to enter the “working world”, generic words of wisdom are a pretty safe approach. Well, the late David Foster Wallace’s commencement address to the 2005 graduation class of Kenyon College is anything but commonplace. Rather, it’s a challenging, compelling collection of words that is as thought-provoking as it is inspiring.

The creative team at The Glossary, a LA based creative marketing agency, used Wallace’s magnificent words to craft This is Water—a poetic, visually stunning short film that is essentially a reaffirmation of human existence. Yes, I realize that may sound a wee bit hyperbolic, but this film truly struck me at the core. It’s the kind of thing that makes you reexamine your petty troubles in a different way. At the risk of using a banal platitude (I swear, I don’t mean to shame Mr. Wallace’s legacy), it makes the world seem like a better, more livable place.

Obviously, the film’s source narration is stellar, but the team at The Glossary, lead by director Matthew Freidell, conjures up their own bit of visual magic as well. Combining Wallace’s poetic verbiage and cadence with perfectly edited imagery and impressive motion graphics, this is a piece where everything just seems to work in concert—a hybrid of intellectual, artistic, and stylistic elements fused together to create something that is truly awesome.

It’s a sad bit of irony that Wallace, who was capable of crafting such an amazingly honest and inspirational compilation of words, took his own life in 2008, defeated by crippling depression. The bitter truth is that life can be depressing, and it takes an outlook—a perspective like that so eloquently told in This is Water—to keep one from drowning in the mire. Watch this and you may never look at a crowded checkout line the same ever again.
Vimeo The Glossary
LIKE TWEET