A poetic narrative about a relationship stressed by the distractions of technology. The first branded short to come from the new Vimeo Brand Creative Fund.
READ REVIEW
Next Previous 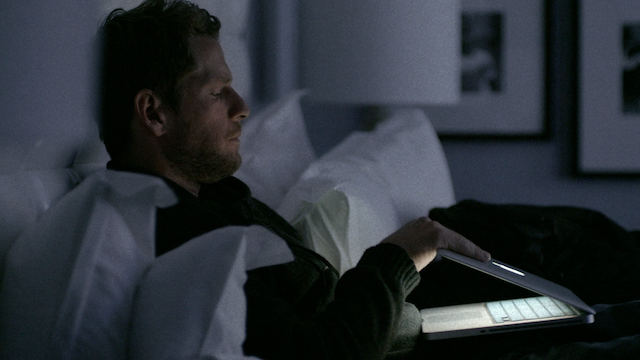 Drama about Humanity in Live-Action
Directed By Eliot Rausch
Produced By Vimeo
& Lincoln Motor Co.
Made In USA

At Short of the Week, we’ve prided ourselves in being leaders in the move to legitimize Branded Content, having featured many prominent examples in the past. Branded Content possesses the capacity to excel for the exact same reasons that all the short content we feature succeeds—because it is good. It just so happens that somewhere in the calculus of creation, true artistic vision and integrity often gets compromised in the quest for product placement, messaging, demographic micromanaging etc. The sad truth is that we watch a lot of Branded Content and much of it just isn’t good. Smart brands like Intel, or Absolut get it, but it is surprising how many brands still struggle, subservient to traditional advertising dogma, and it’s worrisome how old some of the best examples are.

I feel it’s been well established by now how you make good Branded Content though, it’s just that knowledge is too often ignored. The secret? Find great creators and give them complete license to do what they do—create.

This brings us to today’s featured film. It is the first in a series of 4 branded shorts from the Lincoln Motor Co., as part of a company wide re-brand campaign called Hello Again. The campaign kicked off with a splash via an innovative collaboration between Chris Milk and the musician Beck, and these shorts are likewise part of the rebrand’s digital strategy. What is unique is the way the films were commissioned, coming via a partnership with Vimeo and a new initiative called the Brand Creators Fund.

I think its something of an open secret that I work for Vimeo as a curator, so forgive me, I do feel a bit queasy covering this kind of news via Short of the Week. However the development is in keeping with our editorial purview, and, having worked intimately on this project, I can truthfully say that it is completely in line with the ideals I have helped shape through Short of the Week. Besides, it is hard to cover the world of online video without mentioning the work being done at Vimeo!

This article is already becoming long-winded, so in brief:

Vimeo is now working with brands to make Branded Content using creators from the Vimeo community. Brands set a theme, and then the creators are given complete freedom to interpret it.

Pretty cool huh? I’m hoping that it will prove to be successful initiative that will give real budgets to some of short filmmaking’s great creators, and in turn we’ll all get to enjoy the result. The results won’t be great branded content, just great content, branded.

So…what about the film? It is by Eliot Rausch, a filmmaker from a documentary background who has risen to prominence entirely upon internet success. He first became known for his heartbreaking work Last Minutes With Oden, which won the original Vimeo Festival in 2010, and has recently been moving into the commercial realm.

The film is elegiac work about a relationship in trouble. The man is preoccupied by technology and thus is removed from the moment to moment truth of  his life, much to his girlfriend’s dismay. The film is artfully intercut along two timelines: the first is his distracted present, the second is told through POV footage of a dangerous, but fun, adventure the couple shared in the past. The nostalgia is captured through the footage and words of this former experience, which lends depth to the relationship, allowing us to care about the couple’s current issues, but it is more complicated than that. These memories are summoned through the same digital intermediation that is the source of their current disconnect. The film isn’t a screed against digital media, a reflexive anti-modern posture, but a subtle warning. There is a continuum of engagement that is rewarding but also damaging, and there is no line to judge it against. The deleterious effects of disengagement with the world around you sneaks up on you before you know it and require constant vigilance.

It is a subtle and beautiful message to be communicated in only 4 minutes. I’m a big fan of the work, and hope you will be too.