The Youth In Us

A young couple confronts a painful future by looking to the past. A tender and heartbreaking short by Josh Leonard (Hung).
READ REVIEW
Next Previous

The Youth In Us 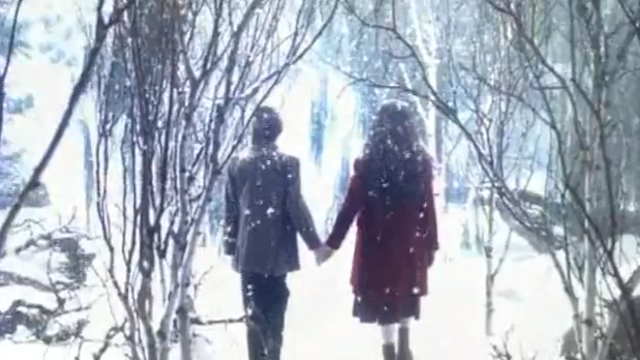 Jack and Alicia are in love. They appear to be a perfect portrait of young romance. Now, they are ready to take their affair to the next level. Actor Joshua Leonard (Blair Witch Project, HBO’s Hung) demonstrates his directing and writing abilities in this intimate story about the ultimate test of a relationship.

We, the audience, are hovering above the lovers’ bedside. Jack and Alicia’s profiles lie within inches of each other. Alicia asks Jack about his past. Each whisper is amplified in the audio track. At first, he looks intimidated. Her warm smile opens his heart to unveil facts about himself. She has heard them a hundred times before. The story feels rehearsed with embellished details tossed in for dramatic flair. Her laughter, during the story, reveals nervous tension, as if an important event is about to take place. Jack does his best to use his story to relax her. At a certain point, she admits, “I am ready now.” The couple takes part in an act that demonstrates the verisimilitude of their feelings.

The Youth In Us plays with audience expectations in an honest and timeless way. The film’s success lies in it’s frugality and universal themes. Two characters act out a simple scene in one location, with barely any blocking. The story unfolds in the juxtaposition of carefully selected frames, focusing our attention. The timing of each shot amps up the tension, waiting for a reveal. The director disengages the audience from everything except the forlorn couple. This technique of storytelling uses trepidation to it’s advantage when the third act makes a sudden turn. Central themes in this story are universal to the human experience. Emotional scope of the couple’s struggle can be felt by almost everyone, regardless of creed or culture. For a moment, we are sitting in the room with Jack and Alicia experiencing their love, fear, and hope.