Backpacker Sam writes a letter home to his mother from his latest destination.
READ REVIEW
Next Previous 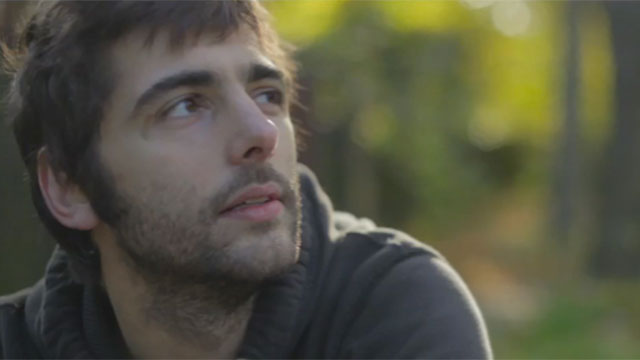 Written, shot, edited and screened in less than four days as part of Filmonik’s Halloween Kino Kabaret event in 2012, Mat Johns’ short film Run is the haunting tale of backpacker Sam and his unpredictable journey travelling around the world. Having just arrived at his latest destination, our globetrotting protagonist takes time out of exploring England and making new friends to write a letter home to his distant mother.

Complete with beautiful handheld cinematography (shot on the Canon 5DmkII), a tranquil score and a hazy, almost poetic voiceover, Run initially feels like one of the sumptuous travel journals that have become increasingly popular on Vimeo and YouTube in recent years. As the film progresses, the naturalistic, documentary-style shots depict Sam developing a relationship with young, outgoing couple Stephanie and Simon. However, we soon begin to suspect all is not as it seems, as Sam’s conversation with his estranged parent reveals that he may not have left home for all the right reasons. Joseph Stacey’s gravelly, wavering narration leaves us questioning if there is something Sam isn’t telling us. Is he really out exploring the world, or is there something he’s trying to escape?

I questioned director Johns about his stylistic choices over email, and he revealed to me how his love for “films where handheld photography increases the authenticity of the moment” inspired the look of Run. “Run suits the format to where it was made – I went into the film knowing exactly how I wanted to capture the moments and I had the equipment to do it. The idea of a son writing to his mother back home had to be intimate, quiet, observational, beautiful and then when his true nature reveals itself, utterly shocking… I think that’s all the more powerful when it’s delivered in the same way as the more beautiful parts of the film.”

Described as part creative jam session, part cinematic bootcamp, Johns has been taking part in the Filmonik Kabarets since 2006. Eager to find out what it is that attracts him to four days of 24/7 guerrilla filmmaking, I asked the filmmaker how the restrictions of the event helped or hindered his production:

“I love the fact that you have such a limited amount of time and such a wonderful concentration of talent available – everybody is there for the same reasons – they want to make the best films they can in the short time available. It focuses me entirely to have such little time. You must use it to the best of your abilities and know what you need and what you don’t. I figure if I have four days and pretty much everything I need to make a film, why the hell not ride that wave as much as possible and aim to make a film that can exist outside of the Kabaret event itself? That is the aim of Filmonik too: to encourage filmmakers to make a film that can be seen by as many people as possible and so raise the bar in the quality of the films made.”