My Favorite Picture of You

Oscar-winners TJ Martin & Dan Lindsay direct a short tearjerker about TJ's grandparents as they explore memories of youth and struggle with age.
READ REVIEW
Next Previous

My Favorite Picture of You 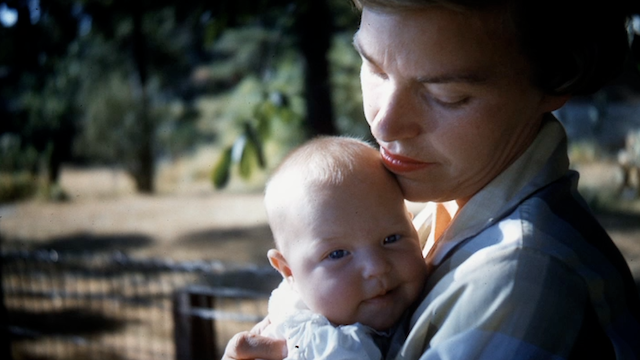 I’m just getting done with a long 3 weeks of attending film festivals, which was definitely exhausting, but unqualifiably successful for content discovery. So much good stuff we hope to have coming your way!

Today’s film is one of those pleasant finds, the product of the first night of the first festival I visited. True/False is rapidly gaining a reputation for being the favorite fest of documentary filmmakers, so I decided to visit on a whim. I was welcomed with open arms (thanks Paul, David!), and My Favorite Picture of You, a lovely, moving, yet bittersweet short, was an interesting programming choice for opening night—a thoughtful counter to the raucous, alcohol-fueled audience.

The directors, TJ Martin and Dan Lindsay are well loved in Missouri though.  In 2012, they won the Oscar for Best Feature Documentary with their football underdog story Undefeated. With True/False only a few days after, and with Lindsay having attended the local university, the fest played host to an emotional  farewell screening. A year later, their lovely, personal short debuted.

Built around an audio interview with Martin’s grandparents, we are lead on a nostalgic trip via his Grandfather’s questions and remembrances. It is obvious that Grandma has become impaired mentally however—crystal clear recollections alternate with perturbed confusion, and provide both an edge and a melancholy that films of this type often lack—by being too celebratory, by forgetting the present while candy-coating the past. Indeed, unsaid in the interview is that she is dying of cancer, and passed a mere month afterwards. While undeniably tragic, this knowledge adds an extra dimension to viewing, as the impact of memory and its deterioration take on a heightened importance when matters of life and death are brought to bear.

Home photos and movies that the couple collected throughout life present an abundance of material for the visuals, and aggressive editing allows for a dynamism that the found visuals might otherwise lack, creating a film that is both exquisite in tone and engaging in presentation.

Next up for Martin + Lindsay? A Hollywood narrative film based on the remarkable story of real-life Dallas Cowboys football player Jesse Holley.