The Man at the Counter

A Capraesque story about life, love, and sugar packets.
READ REVIEW
Next Previous

The Man at the Counter 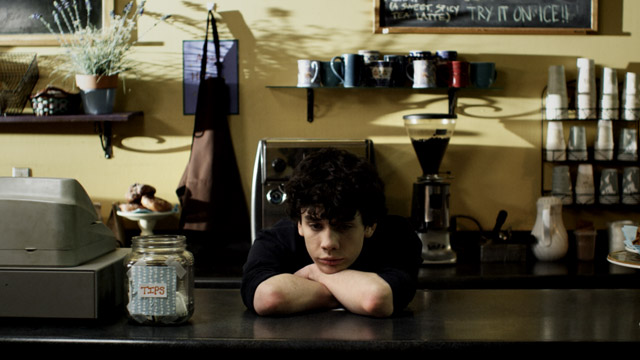 Even with the memory of Valentine’s Day quickly fading into the ether, the romantic in me deemed it worthy to squeeze in yet another decidedly sweet film. I’ll be the first to admit that Brian McAllister’s The Man at the Counter isn’t a movie for cynics, but in this case, that’s a very good thing. As McAllister proves, when in the right hands, sentimentality and compassion aren’t negative traits but rather tools that can be used to create heartwarming visual magic.

Sprouting from a poem written by playwright and screenwriter Rebecca Sue Haber, the short focuses on a teenager working at a small-town coffee shop who notices an old man repeatedly stealing sugar packets. As the boy attempts to solve the mystery of the stolen sweetener, he eventually discovers a new outlook on life. With its rhyming couplet voiceover and lyrical visual style, it’s the kind of story that could have easily been too cloying, too cutesy. But, McAllister is a skilled storyteller, his abilities as a filmmaker transcending that which had the potential to be too saccharine. The film earns all its moments—the climax powerful enough to even make the staunchest of pessimists feel a bit verklempt.

Considering the talent behind the production, it’s not surprising that the movie is so well-made. Actor Tom Everett Scott’s narration is subtle and well delivered. The Boy, played by Ian Hyland, displays a remarkable amount of emotion and range for a film where he is essentially silent for its duration. Ian’s sister, Sarah Hyland (of Modern Family fame), was an associate producer on the film and was instrumental in helping to get the finished product to screen.

The Man at the Counter had a solid festival run, screening at numerous fests and scooping up a few best-of awards along the way. It’s easy to see why—rarely is a Capraesque short such as this managed with such a deft hand. I have no doubt the same level of polish will be brought to McAllister’s next short, Patti and Me, Minus Patti, which is currently in post-production.