A portrait of the New Orleans "Bounce" scene, this racy short documentary is, amazingly, branded content for Nokia.
READ REVIEW
Next Previous 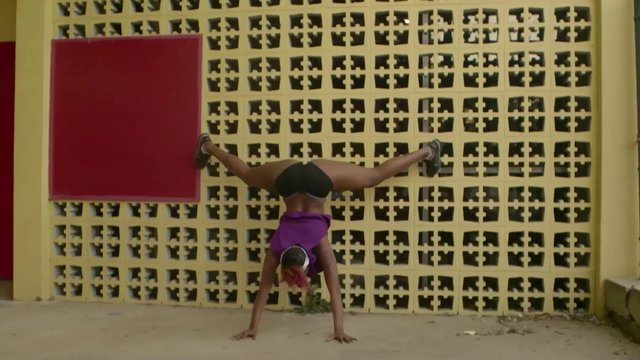 Documentary about Community in Live-Action
Directed By Abteen Bagheri
Produced By Sundance Channel
& Nokia
& Somesuch & Co.
Made In USA

The increased legitimacy of branded content as a commercial and artistic form, has, ironically, made it seem harder to find examples of it done well. I mean when the crown jewel of brands does a six-minute animated piece with Ridley Scott and their beloved Polar Bear mascots, branded content has arrived correct? Instead we’re treated to an abomination.

Nokia on the other hand, has a strong track record with branded content, and coming out of Sundance I uncovered a really interesting campaign that doesn’t seem to be getting much attention. It’s called New American Noise, and this short doc is one of 6 films in the series.

Partnering with ace production house Somesuch & Co., and broadcast on the Sundance Channel, Nokia got some of the hottest young names in music video directing to film short documentaries on local US music scenes, providing an underground look into the hearts of fertile creative communities. Detroit, LA, Portland, Atlanta and New York were the other cities covered, but Abteen Bagheri’s piece on New Orleans is the standout; an energetic, freaky and fun look at a high-octane dance-music style called Bounce.

The short has an emotional and intellectual arc to it, which is rather surprising and phenomenal. At its heart is the music and the dance style it spawned which is…well let’s call it raw. Basically you shake your ass like there is no tomorrow. As someone who slips in and out of my appreciation of hip-hop, the aggressive sexuality of it was frankly a bit shocking, and my first impulse was to label it horribly misogynistic. I was astonished that Nokia would attach their name to the film.

But Bagheri is aware of this, and as the documentary moves forward, this kneejerk reaction is challenged. Bagheri moves to the city’s gay subculture, where a flourishing Bounce scene complicates the picture. He shows massive club shows, full of props and theatricality, which demonstrate Bounce as performance. He goes to gyms, where men and women in workout clothes sweatily practice their “Bouncing”. Whatever the origin of Bounce, in its current form, the style seems to have lost some of its salaciousness in favor of just being fun.