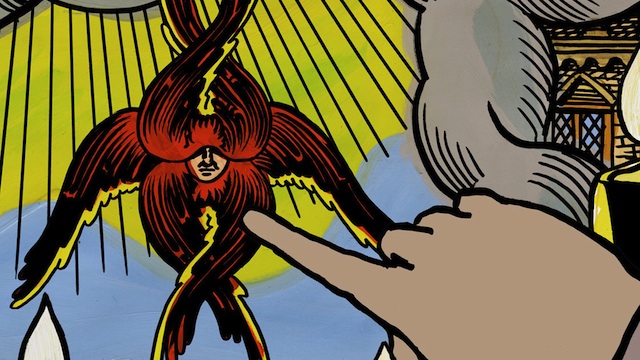 The Valtari Mystery Film Experiment is going to be long remembered as one of the greatest and most ambitious projects in music video history. The brief: “sigur rós have given a dozen film makers the same modest budget and asked them to create whatever comes into their head when they listen to songs from the band’s new album valtari. the idea is to bypass the usual artistic approval process and allow people utmost creative freedom. among the filmmakers are ramin bahrani, alma har’el and john cameron mitchell.”

Believe me, these videos are amaaaaazing, especially Ms. Har’el and famed photographer Ryan McGinley’s. See them all here. This one is pretty stellar too though, and I’m glad Sundance was able to honor the filmmakers but also the project with the inclusion of this video in their 2013 lineup.

The video, like many of the selections in our 2013 Sundance playlist, is difficult to get a grasp on, as it interweaves biblical theology with the maturation of a young, presumably gay, boy who struggles with his anger and attractions. Somewhat crudely plotted, it is noentheless thematically rich, and has a big payoff.

Director Dash Shaw is one of the leading lights of indie comics, and he brings his very graphic-style to this work. John Cameron Mitchell (Shortbus, Hedwig and the Angry Inch) took a break from doing Lady Dior fashion films to co-write the piece. Utilizing music from two different tracks off the album, the film is a fine example of the wisdom and potential of Sigur Ros’ hands-off approach with the Valtari Mystery Film Experiment.

This review is part of our Sundance 2013 playlist.