Robert Fitzpatrick spent over $100,000 of his life savings on subway ads warning that the world would end.
READ REVIEW
Next Previous 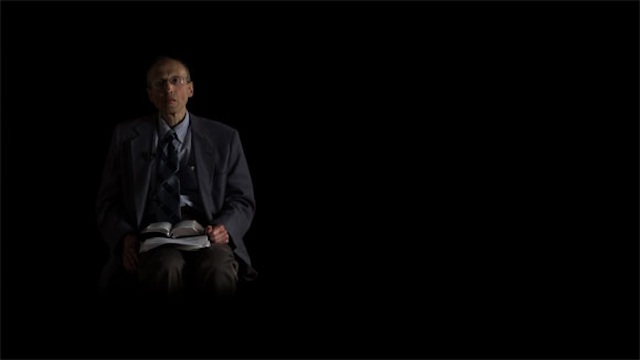 You may have heard a lot about this Mayan Apocalypse that was supposed to happen today. I know my Twitter feed is chock full of warnings, jokes and party invites. And while some are proclaiming that we are in the clear, I’m not going to fully let my guard down until 11:59 EST.

What’s interesting is that, at least here in America, we’re not that far removed from a similar scare campaign. In May 2012, Robert Fitzpatrick got a lot of attention—and I mean a lot— for leading a movement of evangelical christians predicting the Rapture as prophesied in the Bible. There was a ton of news coverage at the time, and Fitzpatrick poured huge amounts of his own money into buying ad space to warn the world about the end of times.

As we know, the world did not end in May, but, in the leadup to the fateful day, filmmaker Garrett Harkawik got amazing access to Fitzpatrick, the result of which is this short documentary. The conviction of the man is remarkable to behold in these interviews, and you almost feel sorry for him until you remember that thousands of people the world over heeded his remarks, relinquished their worldly possessions, and ruined themselves and their families for a faith that did not pan out.

The film closes in Times Square as the seconds tick away to Fitzpatrick’s predicted cataclysm. While the film is not exceptionally put together—I’m not a big fan of talking head interviews, and would have enjoyed more behind the scenes of Fitzpatrick’s preparations—the footage at the moment of reckoning is incredibly powerful, as conviction and reality collide head to head with no hope of compromise.