A subtly powerful examination of domestic abuse, the problem of Marie and Fred's relationship comes into focus during preparation for an evening dinner party.
READ REVIEW
Next Previous 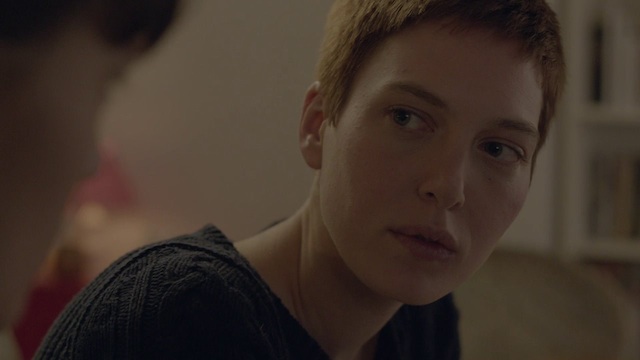 Fred et Marie is heart-breaking domestic drama about a young, attractive, Belgian couple who have an alarming problem—Fred is a boor and a bully, and while not physically abusive, his psychological manipulations and putdowns are devastating to watch.

Taking place over the course of a day leading up to a dinner party celebrating the couple’s 5-year anniversary, we see Fred as alternately sweet and disgusting. Putdowns are casual, and his controlling ways absolute—like when he forces Marie to uninvite her good friend from the evening’s get together. Crucially though, the film shows Fred’s charisma, the yin to the yang of abusive relationships, and an element that often gets forgotten in cinematic portrayals.

Fred has an intensity to him. He’ll look at Marie lovingly, with undivided attention, and bring her close, only to close the exchange with something dismissive and insulting. He builds her up, only to tear her down, and the little rush of excitement she receives from pleasing her man and feeling loved, only becomes more valuable to her the longer she spends beaten down and discouraged.

The film is by a director duo in Brussels called The Deck & Lenitch. Commissioned by the local government, the film, though it doesn’t seem like it, is in truth a PSA, complete with a cliched statistical postscript. It is a remarkable one however, showcasing great acting and confident direction that would not be out of place at any major film festival. Indeed, as PSA’s are going ever more extreme—think this popular Welsh example, or The Montana Meth Project—it is strange and wonderful to me that this film could be produced that is so reliant on observation and subtlety, rather than histrionics.

In the comments of the Vimeo clip, this subtlety annoyed some viewers, who kept waiting for a classic final confrontation and a more traditional story arc, complete with uplifting resolution. Yet I think this approach is more honest, and ultimately more effective both as a film and as a message to women for whom it hits a bit close to home.