Three days before the gubernatorial election a candidate and his wife find themselves in the middle of the desert with a horrible dilemma.
READ REVIEW
Next Previous 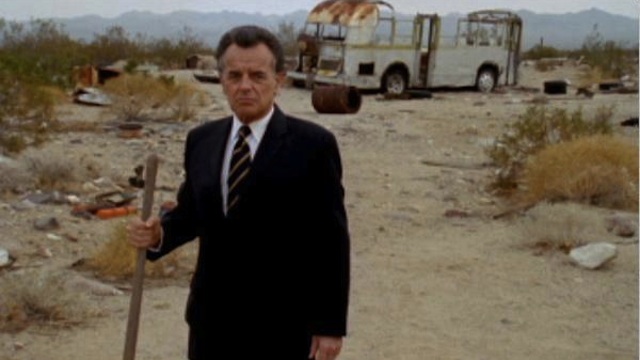 Like much of the world, I’ve been sitting here, tense with anticipation at tonight’s U.S. election results. As a high-information voter with strong political views, it’s been a pretty unbearable wait so far, so I was happy to distract myself and do what I do best—hunt for short films online.

I can’t reasonably claim that my sleuthing skills were in much evidence with this find (typed “Election short film” into Google), but I am pretty pleased with what it turned up—a tense and provocative short from horror filmmaker Padraig Reynolds that has been neglected online for a over a year, far removed from its commendable festival run in 2008.

The moral dilemma at the heart of the film is probably a bit transparent, but, acted with gripping intensity by esteemed character actors Ray Wise (Twin Peaks) and Lin Shaye (There’s Something About Mary), the pacing and slow reveal is eminently enjoyable. The frequent closeups employed by Reynolds really allow the veteran performers to dig into the drama of their roles, and as jaded as I’ve been by this long, ugly campaign, it is a pleasure to see a politician do battle with his inherent scumminess.

With this film it is evident that Reynolds has a talent for character direction, a rarity in short film, so if you’re curious, check out his horror flick Rites of Spring, which received a limited theatrical release this past summer through IFC Films. I will now return to my fingernail biting, and pray that at least there is some closure in the 6 to 7 hours.