In the near future, instant DNA identification has created an information grid that makes crime extremely difficult, and anonymity impossible. But, suddenly, the same ID's start to appear in different locations. A pro-level and intelligent Sci- Fi piece about the genesis of a Big Brother State.
READ REVIEW
Next Previous 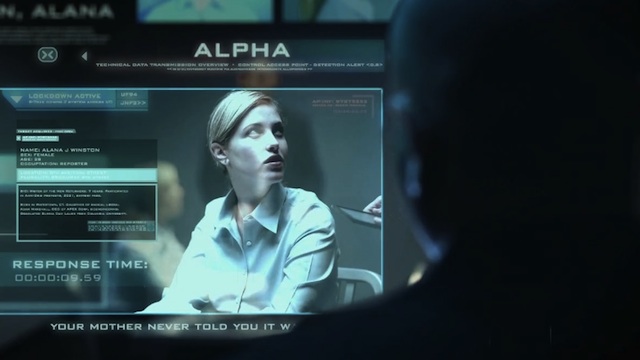 Ever since George Orwell coined the term ‘Big Brother’ in his seminal novel 1984, storytellers have become fixated with the notion of a totalitarian state where surveillance reaches total control. Written by Ryan Condal and directed by Dennis Liu, Plurality is the latest science-fiction film to focus on these Orwellian notions, as their 14-minute short explores where hi-tech policing allows for instant surveillance. Feeling like a cross between The Terminator and Minority Report, the plot of Plurality centres around a futuristic New York, where everything you do is traced through ‘the Grid’.

“The Grid takes all those things unique to you, your social security number, your passport, your debit and credit accounts and links them to one thing…your DNA. With just a touch, the Grid collects a tiny sample of your genetic material, ID-ing you instantly. Then a purchase can be deducted directly from your personal accounts, or you can unlock and start your car and it all works within a margin error of 0.001% ….the ultimate social network!”

Revolving around notions of personal privacy in a digital age,  the themes, ideas and even some of the technology that exist in the futuristic world of Plurality are not ones that seem implausible. With fingerprint recognition already in use with some automobiles, concerns about computer and phone privacy already spreading due to hacking and social media, hacking, some may even predict aspects of Condal and Liu’s premonition of society as inevitable.

Having cut his teeth on commercials and music videos, this is director Liu’s first foray into the world of short fiction film. Described as a tiny production with very little money by its creators, Plurality was 2 years of hard work and dedication from Liu and his creative team of friends. Featuring some assured directing, a well developed narrative and exceptional FX work, it’s looking like it was certainly time well spent.

With the film already picking up over 150, 000 views on YouTube, it looks as if Liu’s film might well be the next science fiction short to go viral. And while I can’t predict a future as detailed and convincing as the one in Plurality, I can certainly envision exciting times ahead for the films creators.