Baseball in the Time of Cholera

As the cholera epidemic rages in Haiti, the UN denies responsibility for introducing the disease despite mounting evidence. This is the story of Joseph, a young baseball player, and a Haitian lawyer fighting for compensation for the victims.
READ REVIEW
Next Previous

Baseball in the Time of Cholera 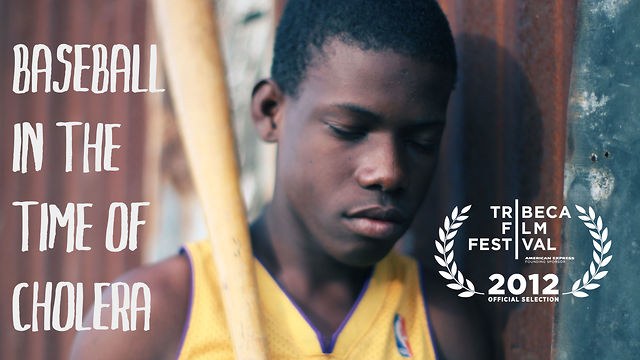 I’m aware that a 28 minute short film can be a tough sell. The majority of online video views happen during the week, during business hours. Basically, people watch web films to distract themselves from work, so 5 minute comedies are an easier sell than an emotional social justice documentary.

But Kony 2012 did it! There is a precedent. Indeed, Kony is easily identifiable as the template from which the filmmakers and producers of Baseball in the Time of Cholera hope to copy. And while their online launch and promotion late last week has fallen far short of the Invisible Children phenomenon, it should not distract from the product, a beautiful and emotional documentary that elegantly fuses activism and lyricism.

Baseball in in the Time of Cholera is set in Haiti, during the aftermath of the devastating earthquake which laid the country low in January of 2010. The film takes its time in getting to its central point, an exposé on the terrible cholera outbreak that overran the country in the earthquake’s aftermath. An outbreak that strong evidence suggests was brought to the country by U.N. Peacekeepers.

Interviews and talking heads sketch out the situation and set up the resultant online campaign. Through Undeny.org you can watch the film and sign a petition for UN restitution. The filmmakers in this way hope to create a social justice movement around the film. Despite the presence of the Olivia Wilde as an executive producer, and a recent award from the 2012 Tribeca Film Fest, this campaign seems to be largely a bust however from looking at the Vimeo/YouTube view figures, the group’s FB Fan page likes, and the number of Twitter followers.

There is a lot to be said on why this campaign has failed to launch, but I don’t think the film is itself to blame. There is a reason it picked up that Tribeca award. While it contains some less than compelling reportorial aspects, the spiritual heart of the film is incredibly satisfying. That core story is Joseph’s, a young Haitian baseball player whose life we follow. We watch him play, he introduces us to his family, and ultimately we join him on a surprise visit to Toronto. The time the film spends with Joseph is lovely, personal, and highlights the way for activist docs going forward. You are not Frontline, you are not even reporters. Present the situation that you want to bring exposure to, but do not forget that the reason for anyone to care is that your issue affects real-life people. Ultimately the subjective lens of filmmaking, and storytelling more generally, is the most powerful force creating awareness and developing the empathy you will need to engender action. The activism may not be going well in this case, but the filmmaking should be appreciated.