From acclaimed indie short filmmakers, the Varava Brothers, comes the whimsical and historically accurate tale of one tumbleweed that did not tumble.
READ REVIEW
Next Previous 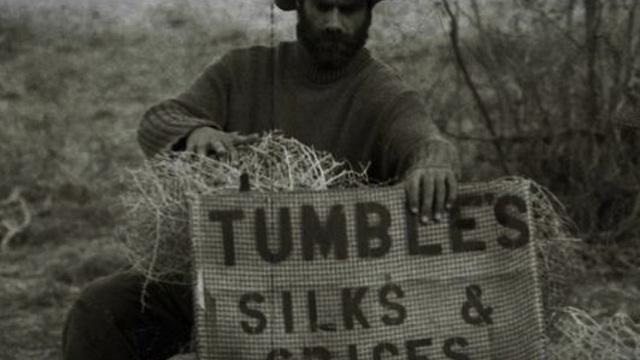 In our modern internet age where it has practically become pedestrian to treat the weird and out of place with disdain and snark, the Varava Brothers have established a delightful niche.  In their films, Jared and Justin Varava not only feature the different and “fringe” aspects of life but do so without without cynicism or malevolent intent.  As evidenced by their earlier work, the Varava Brothers may shoot the absurd, but they never compromise their subject’s humanity in the process.

With their newest film, the Brothers have stuck with this core theme, albeit with one major difference: their protagonist is a tumbleweed. More specifically, a tumbleweed who does not tumble. Tumbleweed! acts almost like a greatest hits of their distinctive style: a combination of quirky and heartfelt elements with a dash of faux-documentary and historical reconstruction.  It’s a smartly crafted juxtaposition of familiar elements. Dusty deserts take on a magical quality–a visual narrative as nostalgic as it is indicative of new media. Visual Effects are seamlessly integrated into the film’s lived-in look. Tumbleweeds dance and frolic, a beautiful organic ballet of motion and whimsy choreographed to a fantastic folkloric score.

Technical aspects aside, the film strikes a surprisingly emotional chord. After all, the Varava Brothers are storytellers, not CG artists (the short took three years to complete while the duo struggled to find a visual effects team willing to work on the project). In the film, we soon learn that our non-tumbling protagonist is an outsider–a stagnant reject who doesn’t fit in with his more kinetic brethren. But, our hero isn’t stagnant–not really. He slowly crawls forward, his movement invisible to the naked eye.  What results is as inspirational as it is beautiful–the revelation that progress is relative, that one person’s journey should not be defined by the rigid constraints of time or convention..

Working together under the title, An Illusion of Movement, Jared and Justin Varava have been making fantastic short films for years now.  I do hope that Tumbleweed! can finally give them the exposure necessary to fund an independent feature. With the film’s initial online success, it looks like they’re off to a good start. Their journey towards a feature film may be a long time in the making, but as Tumbleweed! indicates, sometimes we have to achieve our dreams at our own methodical pace.