Night lovestory of two outsiders, who meet in closed swimming pool in the middle of big city.
READ REVIEW
Next Previous 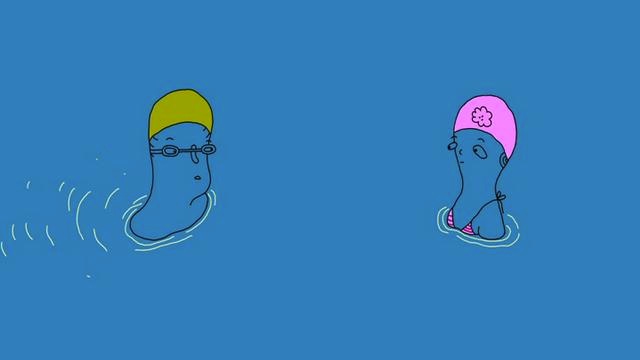 Swimming Pool is a playful animation about two strangers who, instead of shying away from each another, take a risk to embrace a magical moment that leads to an amusing and truly fantastic discovery.  Alexandra Hetmerova completed this film as part of her MA work at the Film and TV School of Academy of performing Arts in Prague.

What captures you with this animation is Alexandra’s amazing ability to balance great detail with simple and unique linework. The work oozes with confident style and personality and even has a few bravura conceptual moments: for example, early on in this animation, Alexandra flips the switch in a transition between light and dark, and is able to fill in all the white space without the animation feeling too busy.

After watching this short all the way to the surprise ending, it is clear that Alexandra’s talented style deserved the success Swimming Pool had on the festival circuit, scooping up awards at some of the smaller, but venerable Eastern European fests, and even nabbing an honorable mention at Ottawa. And, bouncing off from this success, Alexandra has already been busy working on her next animation, Mythopolis. Early sketches can be seen on her website.

Yes, 3D animation can be luscious and quite realistic. But, it’s also rewarding to see an animation like Swimming Pool that utilizes very stylized simple lines to deliver a unique and charming story.