An adolescent boy, who serves the Austrian Military Forces, experiences homosexual feelings towards one of his comrades. It's their last night at the Austrian-Hungarian border, socially isolated and armed with loaded weapons.
READ REVIEW
Next Previous 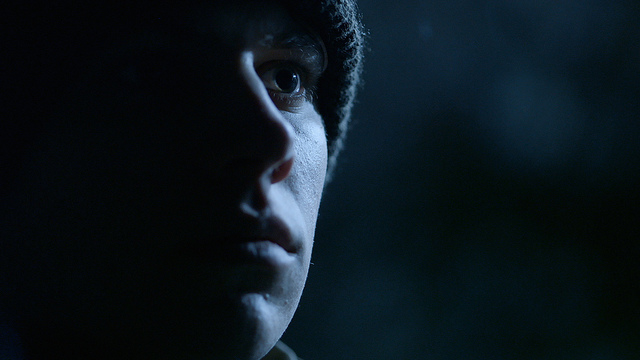 To be honest, I’ve always been a proponent of comedic or experimental short films because in my opinion it’s hard to pull of a straight drama (no pun intended) in a short-form film. Homophobia, made by writer-director Gregor Schmidinger, does take its time, but it certainly worth the watch. The film deals with a theme that’s an ongoing concern in our world: homophobia, the fear of homosexuals and their way of life. The film also deals with a maybe even deeper problem: The fear of oneself being homosexual.

After an introduction of the main character, an adolescent boy serving the Austrian Military Forces, we find him surrounded by hopelessly-aggressive boys, none with any perspective on what life is ultimately like outside their testosterone-fueled military service. On the last night serving on the Austrian-Hungarian border, underlying tensions reach a climax, and the young boy must confront both other’s judgements and his own self-understanding.

Aside from the topic, which explore the difficulties of young homosexuals, and,  in a wider sense, all outsiders who have to fight against the disapproval, the film is knowlingly crafted. The claustrophobic camera work by Nino Leitner gives the viewer a feeling of how confined the character must feel and adds to the suspense of the dramaturgy. The acting by Michael Glantschnig is restrained for much of the film, but when his defenses unravel the result is fierce and poignant.

Released last week in conjunction with “International Day Against Homophobia” the film has had relative success in promotion, being featured by major platforms on the internet and in print media. While the subject of fear, persecution and coming out is well-trod territory in Gay Cinema, Homophobia takes this important topic and, by telling a compelling and intense dramatic story focused on a single main character, successfully universalizes it.