Stairs To No End

The stairs of knowledge leads to the light. A curious girl in a dark world tries to reach it, but must face those for whom light is an obstacle.
READ REVIEW
Next Previous

Stairs To No End 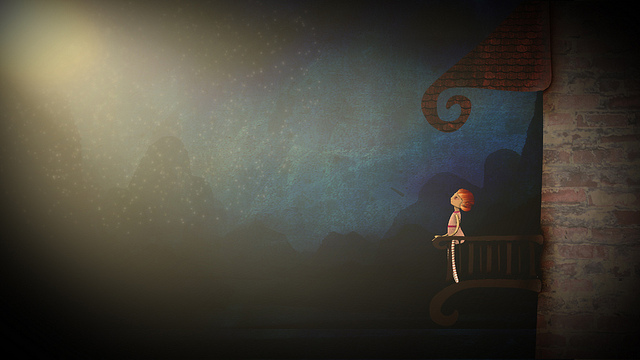 An adult fairy tale, Daniella Koffler’s graduation film from the prestigious Bezalel Academy is a gorgeous parable about the pursuit of truth and knowledge in the face of dogmatic fundamentalism. Told from the perspective of a young girl, she learns to overcome her father’s demagoguery and frightful warnings in order to trust in her natural curiosity, allowing her to pursue “the light”.

Koffler shared by email that she had drawn inspiration from Ayan Hirsi Ali’s book Infidel and from Richard Dawkins’ The God Delusion when developing the script. Ali, an independent, strong, and outspoken woman who fled the patriarchal culture of her homeland does seem to be a perfect template for our main character, and Dawkin’s work is a powerful polemic against enemies of free inquiry.  As for Koffler’s desire to engage such topics, it is not hard to imagine why a young filmmaker living in Israel would be drawn to creating such art. While the context of the work’s creation does have some bearing, Koffler is careful to not be too allegorical, and through the character depictions and art style, the film achieves her goal of creating something generic and universal.

The look of the film is quite unique. Using Maya and After Effects Koffler creates a 2D plane populated by “3D cutouts”. More immediately striking however is the decision to use real eyes in the place of animated ones. This is an experimental technique that, to my knowledge, has only been carried out so far on the excellent, Oscar-nominated short Madame Tutli-Putli. Koffler auditioned several girls for the main character’s eyes before discovering that eyes are unisex and eventually casting her co-producer, Eitan Shefer, in the role. Through much manipulation, aided by her friend and technical adviser Amit Rojtblat, she was able to achieve an effect she was satisfied with. I too find it satisfying—it is somewhat strange and alien, but not disconcertingly so, especially in comparison to many of the very outrageous and stylized character designs that we see in animation. The natural expressiveness of human eyes is able to add an interesting element to the characterization, so I’m curious if this is a technique we’ll continue to see artists employing in the future.

Through accomplished visual design, and by expertly blending fantastical elements (dragons!) with real-world concerns, Koffler has created a film deserving of admiration and imitation from young artists everywhere. While short film is awesome at specificity and interior worlds, it is ok to engage the big subjects through fiction as well sometimes—indeed, that is often the best way to affect the world.