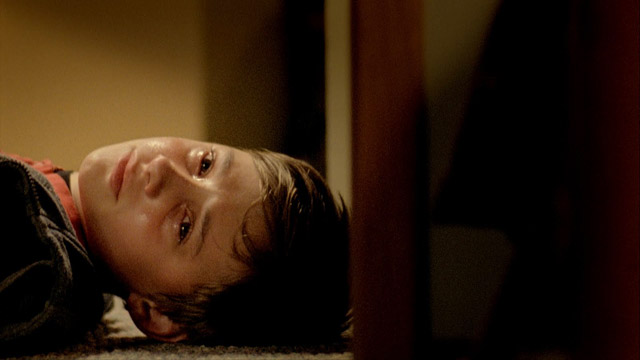 A story of innocence lost, and then regained, 2 Birds (Smáfuglar in the film’s native tongue, Icelandic) is perhaps the purest and most earnest 15 minutes of film I have ever experienced.

The cherub-faced Atli Oskar Fjalarsson plays a shy teenager with a crush on an equally shy girl (Hera Hilmarsdóttir). They flirt a little bit in the presence of their other two friends, who are a couple, but everything is unspoken. When the foursome end up at a house party with a much older crowd, the brasher of the boys obtains some ketamine pills and suggests they all take one.

I really don’t want to say any more about the story of the film, except to say that chivalry can take many forms. One of the other SotW reviewers confessed that he choked up just recounting the plot to a co-worker. It’s rare to be able to evoke such pure emotions in film, but to do it in 15 minutes is a wonder. With very little in the way of dialogue, 2 Birds manages to convey the subtle emotions and confusion of its two leads through very strong performances from the actors, as well as some great mood-evoking cinematography. The contrast between the hazy sunlight of the afternoon and the very different haze of the party is nicely brought full circle by the film’s very moving ending.

Director Rúnarsson has often mentioned that he likes to tell stories about characters who are at a crossroads in life, and in this tender coming-of-age story, his gifts as a filmmaker are already in full evidence. If you like this, I’d highly recommend seeking out his feature debut Volcano (2011) as well as his other shorts (The Last Farm and Anna) if you can track them down.