The "true" story of Sophia, a young woman dealing with a rare and very dangerous condition.
READ REVIEW
Next Previous 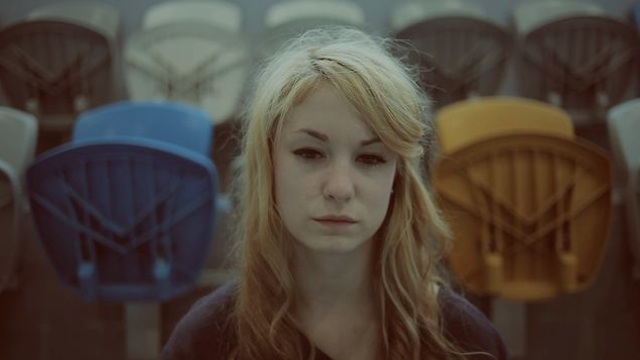 Twenty-one year old Sophia has a rare and dangerous condition: she is a monster. And being a monster has a big impact on her life. Her mother has disowned her. Her friends are all afraid of her. She’s afraid of herself. And the terror translates to the audience. This is a gripping film.

The monster lurks in the background, growing in the depths of the viewer’s mind, ratcheting up the fear. Even so, when the monster is revealed, it is every bit as scary as the one conjured up in your imagination.

Italian director Francesco Calabrese bills Lovely Monster as a documentary. I was taken in. Until the monster was finally shown on camera, I saw it a euphemism for mental illness. As Sophia herself says, she just wants to be “normal” again: able to go shopping, travelling and swimming without the fear of the monster rearing its ugly head.

In this gritty realism lies the film’s social significance. It pokes at the issue of who or what we call a monster. This is still a raw question in Britain, where the film is set, following last summer’s looting and riots.

Horror and mockumentary often sit well together, and this short is no exception.