The Duel at Blood Creek

When a you choose a popular dueling spot to settle your quarrel, others might intrude.
READ REVIEW
Next Previous

The Duel at Blood Creek 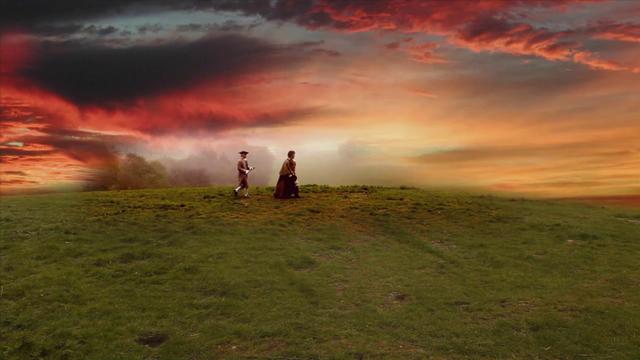 A duel is defined as a pair of individuals who meet to settle a quarrel with combat. What if the location is crashed by two people, then two more people? Leo Burton has set up a playful scenario that unfolds with the comedic timing of the infamous “Who’s on first?” sketch.

History permeates on the banks of Blood Creek. Centuries of blood and honor run through the soil. Lords and gentlemen come from far and wide to duel with their enemies. This spot is sacred ground for all men who have cause to settle an argument.

The stage is set with Lord Aylesbury and his trusted servant Benton. He is preparing to fight his sworn enemy, Hawthorn, to the death. Aylesbury is monologuing about his past experiences in war when a man approaches. This man declares himself to be Judge Edgar Proust arriving to fight his sworn enemy, Townsend. Aylesbury is appalled by his claim. He arrived first! As the two of them quarrel a fourth man appears. Then a fifth, sixth, so on until ten characters are present. The story spins out of control as each person professes their right to a duel. Each voice escalates with booming prestige. Eventually, combat explodes. All characters draw weapons on their enemies and each other. The fighting eventually secedes when an unexpected eleventh character enters the set.

Absurd situations can only take an idea so far. This film is supported by lyrical dialogue and witty acting that rise above its premise. Each character delivers a performance that allows the audience to connect with them, even for a brief moment. There is a nice balance of action and reaction shots that punctuate the comedy. Even though the structure is somewhat chiche, the audience will ignore that fact when trying to cure their side-splitting laughter.