A sappy Hollywood romance gets Meta when scriptwriters discover an unexpected power.
READ REVIEW
Next Previous 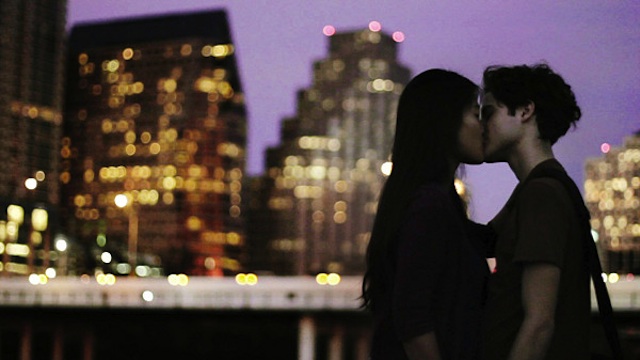 After Vicky’s eyes meet Sam’s across aisles of DVDs in the video store, it’s only right that they should bump hips and—after a whirlwind romance of riverside walks and cute notes—fall in love. That’s the Hollywood formula. Predictable, functional, and stuffed to bursting with gooey mush, it pulls audience heart strings every time.

But not everything is as simple as first it seems.

Cut to the writers of Vicky and Sam, plotting the story in a sleepy diner. They want to spice it up, stir in some conflict, make things juicy. They’re enjoying playing gods in the lives of their characters. After all, it’s only fiction, right?

In ancient mythology, tricksters were the gods who used their powers to play pranks and create conflict for the hell of it. Yet the joke often backfired on the trickster. There’s no backfiring here, but the writers get more than they bargained for when their characters take on a life of their own.

Multilayered and self-aware, this is a short to watch and rewatch. Watch carefully for hints of a love story within a love story. Writer and Director Nuno Rocha deserves every one of the 21 awards this film has received. Vicky and Sam is storytelling at its finest.