The lonely world of a cat is told through a minimalist world constructed from 3D brushstrokes in this graduation film from the Bezalel Academy of Art & Design.
READ REVIEW
Next Previous 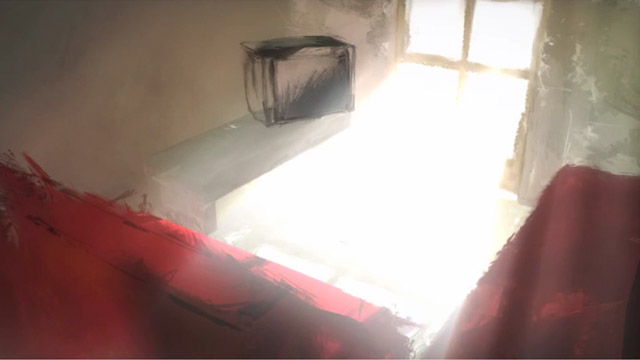 Yes, this is a cat video—but not the cute kind you find on YouTube. For the Remainder is another graduation film from the ever-impressive Bezalel Academy of Art & Design. In the film, we follow a faceless cat as it lives out a lonely day in the trappings of a quiet house.

The ending is quite telling (without giving too much away) because, as little as I know about cats, I know they must detest the rain. It’s a reminder that bravery isn’t something that most of us will earn on a battlefield, but rather in the quiet moments of our inner emotions.

It’s a minimalist film with no dialogue and only sparse moments of music and sound. But most striking is the visual execution—a fully realized 3D world defined by just a few brush strokes. The main character is rendered without a face, so we’re left to paint in our own. Where we humans rely mostly on facial expressions to read emotions, many animals communicate to each other through body movement. So in a way, the minimalist rendering allows us to watch the story unfold from the perspective of another animal as we read the cat’s emotions through it’s posture and breathing.