The zombie art-house film that will have you feeling a spot of compassion for the undead.
READ REVIEW
Next Previous 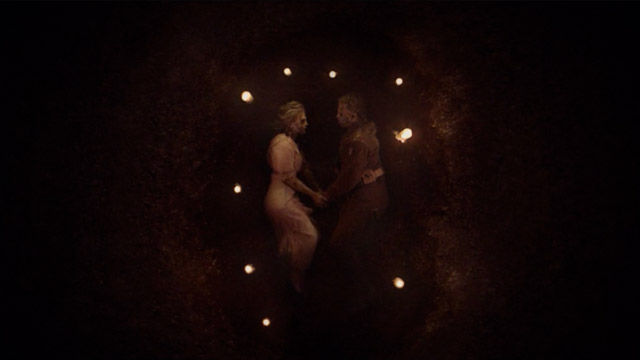 Valentine’s Day might’ve just passed, but great love stories are always in season. And Rest, a story about a fallen WWI soldier unearths himself 90 years later and begins a long journey home that takes him across the continents, is one of the most unconventional you’ll find.

Since the release of Romero’s Dawn of the Dead in 1978, zombie films have cultured a devout following. It’s a film genre that, miraculously, never seems to age (pardon the pun) finding new fans every few years with the release of a film that redefines the genre (28 Days Later, Shawn of the Dead). And once again, the short film, Rest by Cole Schreiber, redefines our attitude toward the undead.

In fact, Rest remixes the genre so much that if weren’t for the iconic zombie makeup (done by Chris Proctor), you might miss mistake it for an art house film. It lacks a few common zombie film ingredients like a mysterious virus, fast-paced shaky chase scenes, and creative head-shots. Actually, in Rest, there’s no killing at all.

And that’s a good thing. Because Rest isn’t about gore and cheap thrills. It’s about showing us that you can take anything, even something as inhuman and disgusting as a zombie, and make us love the unlovable.

Rest is shot beautifully with special effects done by The Mill in NYC. The film is a bit long, but the slower pace helps draw you into the mood of the film and the payoff at the end is worth it.

Will zombies become the new vampires—sexy creatures that inspire teams of adoring fans? Maybe not, but this may be the first time you feel a hint of compassion for one.