In a desolate land, greed overcomes self-preservation in this cautionary tale from an apprentice of stop-motion legend, Henry Selick.
READ REVIEW
Next Previous 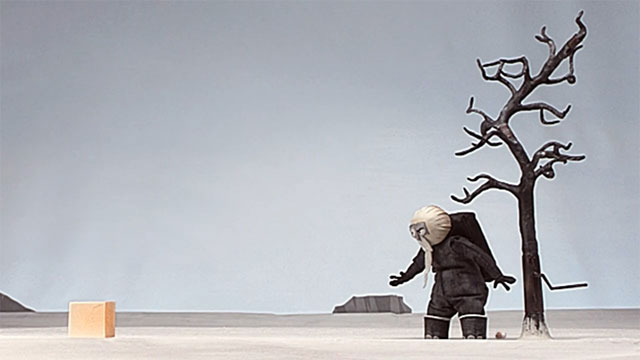 We spend so much effort discovering new work that we occasionally overlook a classic that’s been online for years. The Arctic Circle was one such film I saw back when it debuted 2 years ago but, for whatever reason, lost track of it. It’s no less a great film today than it was then. In fact, with the current political debates about how we should define capitalism, a message about the dangers of blind greed like that in The Arctic Circle, is perhaps even more relevant today than it was when the film first came out. 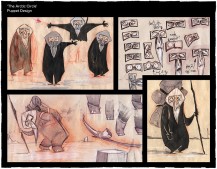 The film plays like a classic cautionary tale in the style of early silent films complete with title cards. It’s quiet somber tone reminds me of an older stop-motion favorite, Balance.

The technical stop-motion is fantastic. Creator Kevin Parry attempts a difficult thing with the character animation by fusing the expressiveness of traditional 2D cartoons with the constrained world of stop-motion, but does it so well, it’s hard to imagine a better pairing of the two.  So much is said in the cocked eyebrows, mustache & beard, and expressive poses of the main character that it gives Grommit (from Aardman’s Wallace & Grommit) a run for most said without saying a word. 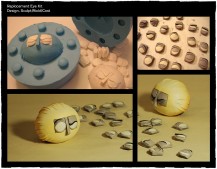 Kevin Parry made The Arctic Circle as his graduation film while at Sheridan College. He currently works as an animator at Henry Selick’s new studio, CinderBiter. I look forward to seeing more of his vision of stop-motion brought to life on a larger scale. Check out his recent music video and his blog for more behind the scenes work on The Arctic Circle.