They wanted to play soccer but had no land. They didn't let that stop them. Watch the origin story of Thailand's famous youth soccer club, Panyee FC in this inspiring branded film.
READ REVIEW
Next Previous 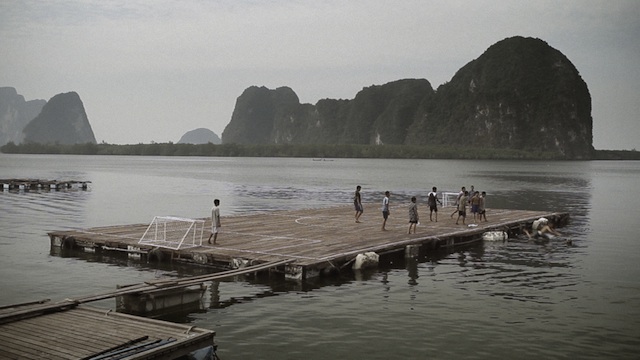 I’ve always liked New Year’s Eve more than Christmas. I don’t have anything against Christmas, but I prefer my mushy sentimentality to tilt towards the positive potentiality of the future than an appreciative appraisal of the present. And as you make your resolutions for 2012, envisioning a better, brighter you, nothing will inspire you with as much world-conquering vivre as a good, underdog sports film.

So that’s what we have for you today. Based off a true-story (aren’t all the best sports films?) Panyee FC is a short about a youth soccer team in Thailand. What makes them underdogs? The fact that they live in a floating fishing village in the middle of the sea! The young go-getters don’t let that dissuade them from their dream however. They succeed, through hard work and perseverance, in creating a pitch to call their own. But can these kids, playing on makeshift floating platform that has nails sticking out of it, really compete when it comes time for the big tournament held on the mainland?

It’s a killer premise. I’m inspired all over again just writing about it. And the production values are up to the same quality standard. Professional cinematography and sound make it so that the film feels very similar to your traditional American cable classics, except that this film, at only 5 minutes, doesn’t lay the sap on too thick. All the best parts of the genre are here, but the all the lame ones are left out—no inexplicable villain, no hackneyed halftime speech, and most thankfully no manipulative, swelling soundtrack.

The quality of production is possible because the film is, surprisingly, branded content for a Thai bank, released upon the launch of a new brand-vision entitled “Make THE Difference”. That’s a slogan I can get behind!  Happy New Year!