When everyone leaves for the night, the objects in the office take over the computers to experience the outside world in this stop-motion animation powered by Google Street View.
READ REVIEW
Next Previous 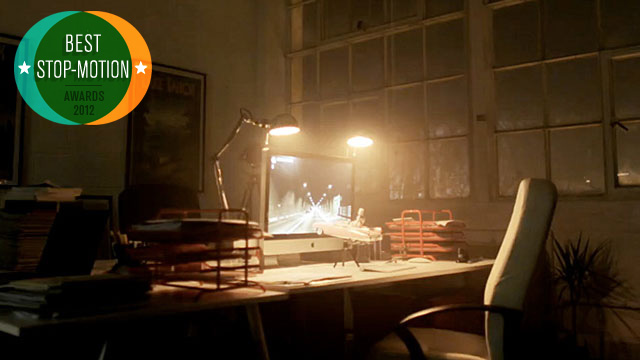 In the last couple weeks, Address is Approximate has racked up 2 million views. Why? It’s the potent blend of a touching small story and a piece of modern technology repurposed for storytelling. After a designer leaves his work studio, the various toys and objects come to life (where have we seen this before?). They take over his computer and, with the help of Google street view and some clever stage production, the toys experience the world beyond their own in a way that harkens back to the highway era of America when a car and an open road was the ultimate freedom.

Address is Approximate could be the best branded film out there today, but of course Google had nothing to do with it being made. And it’s better for everyone that way.

The animation is a downright impressive piece of stop-motion with depth of field changes, smooth camera movements, and balanced lighting (difficult to do with a computer screen). And on technical merit alone, this film is worth watching.

But it also has something more—something else it shares with Pixar beyond the toys-coming-to-life bit. Pixar creative legend John Lasseter emphasizes it over and over again as the most important element in a story in his recent interview on Charlie Rose. This film, like many of the Pixar films, has a universal emotional core. Or as some might say, “it’s got heart”.

Address is Approximate taps into the desire in all of us to get out and experience the vastness of this world. But even more important is for us to believe in its vastness—to rekindle that sense of wonderment—to feel small again in a big world.