Absolutely Stunning. Is it from SQUARE? PRODUCTION I.G? No, the most perfect realization of the anime-style in 3D comes from a single young animator out of Spain.
READ REVIEW
Next Previous 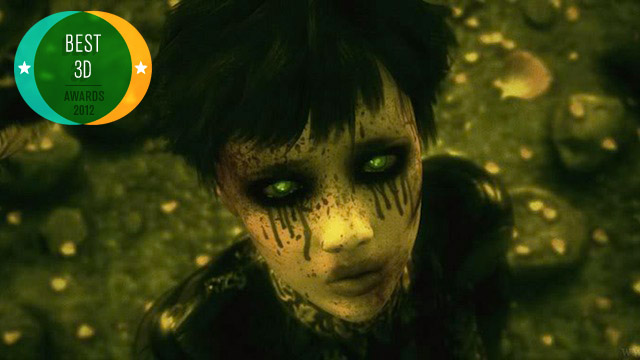 Sci-Fi about Other Worlds in 3D Animation
Made In Spain

The geek-event of year has arrived. It turns out not be a Hollywood blockbuster, the debut Game of Thrones on TV or some long-awaited comic or novel. Instead it’s a short film! Indeed I’m seizing the authority to crown such a thing, and giving it to ROSA. And before you can object about my arbitrary power-grab, watch the film. In about 10 minutes I think you’ll agree with me—this animation from Jesús Orellana is the most nerd-tastically awesome thing that can be imagined.

ROSA is an epic sci-fi short film that takes place in a post-apocalyptic world where all natural life has disappeared. From the destruction awakes Rosa, a cyborg deployed from the Kernel project, mankind’s last attempt to restore the earth’s ecosystem. Rosa will soon learn that she is not the only entity that has awakened and must fight for her survival.

I’ve communicated with Jesús before and despite his explanations, its hard to understand how this film exists. A comic artist in his native Spain, he began work on the film in 2009, and completed it over the course of a year. That’s a prodigious work rate, especially for what amounts to his debut film.

Completing a work of this scope is astonishing enough, what really sets ROSA apart and boggles the mind however is the thoroughness of its quality. We’re used to specialization, a multiplicity of roles and skills that complex productions like ROSA seemingly demand. Again, if you slap Ghost in the Shell director, Mamoru Oshii’s name onto the end of this film, with the entirety of Production I.G’s resources behind him, I wouldn’t bat an eye. But here Jesús is responsible for all: the incredibly lush and detailed backgrounds, the phenomenal character and set design, plus things that seemingly require a different skill set entirely, like the fight choreography—it’s really good! I watch a ton of kung-fu and came away impressed, it might be the best animated fight-choregoraphy I’ve seen aside from Kung-Fu Panda. This film simply displays a mastery of tastes high and low, movement and composition, vision AND execution

This is a precocious talent we have on our hands, and ROSA is his coming-out party. I caught its world debut on the festival scene before people really knew what they had on their hands, but by the time the film played opening night at Stiges Festival early last month, the ROSA-love was in full bloom (hey, a pun!). What had been a simple festival entrant among many is now a buzz item in Hollywood, Jesús has remarked that he is a little overwhelmed at this point by the sheer volume of attention he’s getting from the film industry, and a feature-version of the film is now in development.

So do you want to miss the next 9? Of course not. Watch. Enjoy. Now.