A feast for the senses blending improvised music with abstract animation in this 4-year long hand-drawn animation.
READ REVIEW
Next Previous 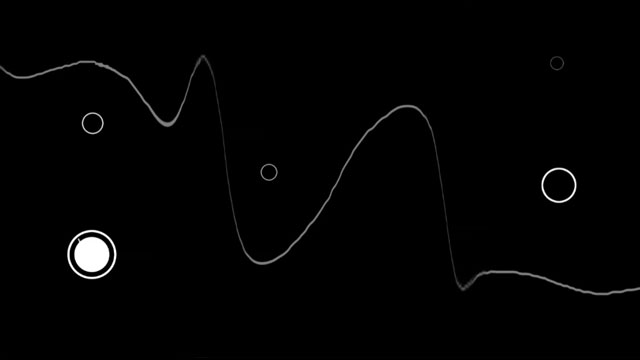 Experimental about Inspiration in Animation
Made In USA

At its essence, great animation is a beautiful marriage of image and sound. And few have done that better than the Canadian Michel Gagné with his monumental animation, Sensology. The film is a feast for the senses—a combination of improvised music and abstract animation. It was shortlisted for an Oscar last year and led to one of the more memorable moments in a major Hollywood film.

Back in June 2006, Nancy and I were invited to the Vancouver International Jazz Festival by Coastal Jazz’s manager of artistic programming, the amazing Rainbow Robert. That’s where I heard piano improvisor, Paul Plimley for the first time. As Paul played, I closed my eyes and had an intense synesthetic experience. When the show ended, I immediately started feeling a compulsion to express in animation what I had just experienced. (GagneInt.com)

Like the experimental works of Max Hattler (Collision), Ryan Woodward (Thought of You), and Michal Levy (One), Sensology embodies an impeccable sense of pacing and rhythm. You’ve got to love the animation. Every movement feels organic—something it has in common with Tony Comley’s Verse.

Michel did no storyboarding or pre-production planning, preferring instead to jump in and channel the images that came to him. It also might surprise you to learn there’s no vector animation anywhere in the film. Every frame was hand-drawn one after another using a Wacom stylus in a process that took 4 years.

If you notice a similarity to the tasting sequences in Pixar’s Ratatouille, you’re spot on. After Michel posted a 9-second teaser of Sensology online back in 2006, he was contacted by Brad Bird to animate all the tasting sequences for the film (a process involving 1400 hand drawn sketches). The sequences became the most memorable moments of the film and inspiration for designers the world over.