In God We Trust

Jason Reitman's breakthrough short film follows Robert as he learns that it's the little things in life that count the most.
READ REVIEW
Next Previous

In God We Trust 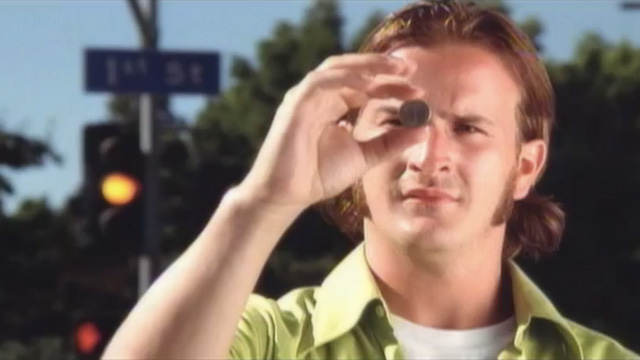 Even before Consent, Jason Reitman first began turning heads with this short film classic, In God We Trust. The very average Robert finds himself in purgatory after an SUV meets him head-on in the street. A quick audit on his transgressions leaves Robert with a negative score—meaning he’s going to Hell.

But I’ve never done anything bad! Nothing on a global scale—no mass murders, no forest fires. But you really racked ’em up on minor offenses, didn’t ya?

At a chance opportunity, Robert sneaks back to Earth and a chase ensues. As the agents of death try to reclaim him Final Destination-style, Robert frantically makes the rounds doing good deeds to up his score. Can he earn enough points before the schemes of death grab him once again? In God We Trust is a fun idea and a well-told story. There are great small surprises throughout the film including some simple moments and shots that are more powerful than dialog—a lesson all filmmakers should take to heart. The timing and acting are perhaps not as punchy as they could be—this is still very much a student film—but all the main ingredients are there, and it’s still a great story.