Once it Started it Could Not End Otherwise

The mysterious events at a 1970's high school are revealed between the pages of an old yearbook in this animation from collage veteran, Kelly Sears.
READ REVIEW
Next Previous

Once it Started it Could Not End Otherwise 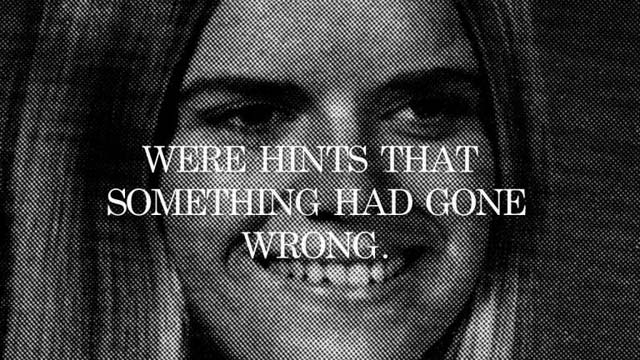 Supported by the Rooftop Filmmakers’ Fund, Kelly Sears’ experimental animation Once It Started It Could Not End Otherwise uncovers a pervasive sickness spreading deep in to the hearts of 1970’s American high schoolers. It’s an unsettling tale, delivered solely through title cards which sign post the escalating ills leading the disaffected teens on their path to self destruction.

In the case of Once It Started It Could Not End Otherwise this led to the repurposing of old yearbook pictures to deliver Sears’ measured story of disquiet. The atmosphere is greatly served by the soundtrack fluctuating as it does from drone to white noise with occasional machine noise punctuation. As with Sears’ slight animation moves, it favours subtly to deliver a tone of mounting foreboding; a restrained approach not too dissimilar to that taken by Gus Van Sant in Elephant, but with the added benefit of events not playing out to a pre-determined cataclysmic event.

Sears garnered much praise for her earlier space mission gone wrong short The Drift and following its Rooftop Films’ premiere in May, Once It Started It Could Not End Otherwise looks bound to reach the same heights.