Adventures of a Cardboard Box

A sweet film about a boy and the myriad of uses he finds for a cardboard box. A Nokia Shorts entry.
READ REVIEW
Next Previous

Adventures of a Cardboard Box 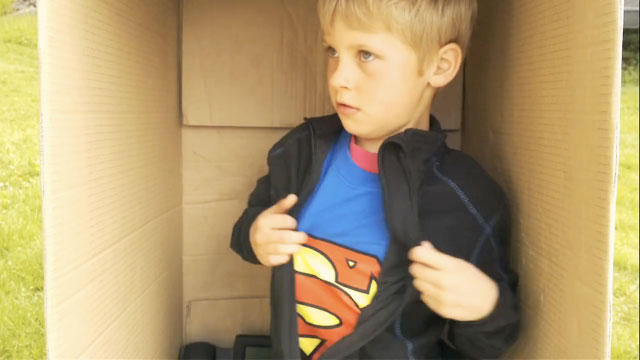 I was really impressed with the finalists of the Nokia Shorts Competition that we featured a couple of weeks ago. I also have a feeling that many of you probably didn’t watch them all, so I wanted to highlight my personal favorite from the lineup.

Directed by Temujin Doran, who has had internet success with his Vimeo-award nominated Facts About Projection, Adventures of a Cardboard Box demonstrates an abundance of creativity. Highlighting a kid and his favorite toy, a cardboard box, the film veers from adventure to tragedy in showcasing that many, many (and at 8 minutes, maybe too many) ways that imagination can animate even the most mundane things.

This is simple no-budget filmmmaking at its finest, subbing everyday creativity for fancy cameras, impressive sets or big stars. I can wistfully imagine the notebooks that were filled during the writing process with concepts of how to make a cardboard box cool. And through this kitchen sink approach to ideas, Mr. Doran has given us filmmakers a reason to pause and think about our over-reliance on all our “toys”.