The next of our online releases under the "Short of the Week Presents" banner, this astute and observational short film represents the epitome of the film festival-style.
READ REVIEW
Next Previous 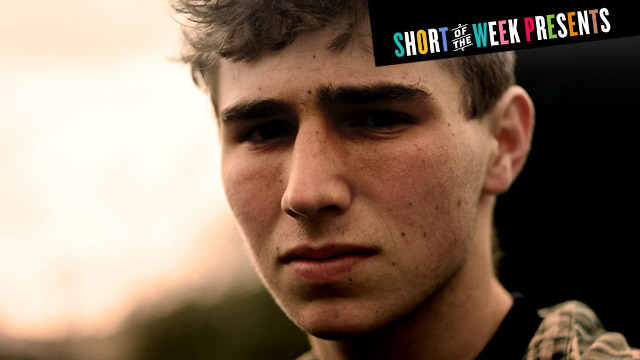 Short of the Week

Double Happy is the anatomy of a fuck-up. The slow buildup to the moment you wish you could take back, the reconstitution of the state of mind which lead you astray. Every bad action has its genesis in a positive desire, and in Shahir Daud’s simple drama about four New Zealand teens circa 1990, we are, in shocking fashion, made witness to that truism.

One of the finalists of last month’s Great Film Competition won by Matter Fisher, today marks the online release of Double Happy under our Short of the Week Presents banner. Confronted with a lot of quality entries, the film stood out to us as an excellent example of what I think of as the “film festival aesthetic”. This is something of an arbitrary and subjective designation, but follow me and see if you agree. First of all, it is lovely film to look at, shot on RED, it possesses a high level of technical excellence. At its heart, it is a character drama, relying on expertly presented profiles to build its story, showing, not telling, relevant details about its characters in order to relate their motivations. And lastly, it displays a subtlety and patience in the unfolding of its drama, only to try and upend you at the climax in shocking fashion. While broadly defined, it is a formula that many shorts reach for, but that is no knock—formulas arise for a reason, and when you nail this particular one, like Daud does, you achieve film of rare quality and power.

Rory and a few friends spend the day in the park. He likes Rebecca in a genuine, puppy dog way that is so evident he makes no point of denying it when asked point blank. It is her birthday, and he has set up a big surprise for her, but when the other friends tell her about a party that Rory is specifically not invited to, will she leave Rory behind? And how will Rory react?

If I had to choose one attribute that makes Double Happy stand out, it would be that it is an unusually observant film about kids—the shy gestures and bold dares they make as well as the weird sociology of their group dynamics; the constant and fluid shifting of in-group and out-group designations achieved and enforced through secrets and put-downs. At this age you find that even when you care you can end up trampling on one another out of simple inexperience, fear and carelessness. Rory likes Rebecca and we get the sense that she reciprocates, but Rory is kind of a misfit, and you can see on Rebecca’s face the crisis this causes. While he has a thoughtfulness and gift for craft that will serve him well and make him interesting later in life, at the present he has friends, specifically the other boy, Des, who try and tear him down to assert superiority. It adds up to an impressively clear and nuanced picture that Daud is able to paint, as the denigration of Rory is slowly and thoughtfully built both emotionally and physically, causing the anger to bubble up in him and lead to its eventual tragic misdirection.

As for that misdirection, at first blush it seems as though the Indian corner market characters are poor additions to the drama, not well thought-out. Even worse is the sentiment one could read into their inclusion—does the film want to be an apologia to racial violence? A sort of liberal, mushy sentiment excusing racism as being born of unconnected rage?  A little background on Daud would seem to eliminate such fears. The filmmaker himself is from Suva, Fiji and came to Wellington, NZ as a kid. Loosely based off an experience growing up, Daud, through the inclusion of the Fijian shop owner, is able to draw together two disparate aspects of his identity growing up, both the feeling of being an outsider as well as a misfit, adding a touch of personal self to what was already a warmly empathetic film.

Formerly of New Zealand where Double Happy was shot, Shahir Daud is now based out New York and has a couple of features in development. He has strong all-around filmmaking skills as evidenced by the diverse work in his YouTube channel, so maybe maybe we’ll see a music video from him for The Ruby Suns, the excellent band featured on the soundtrack to this film. In the meantime, we’ve got a Q&A with him, and check out his website or his unfortunately seldom-used Twitter account.