Some Folks Call it a Sling Blade

Some Folks Call it a Sling Blade 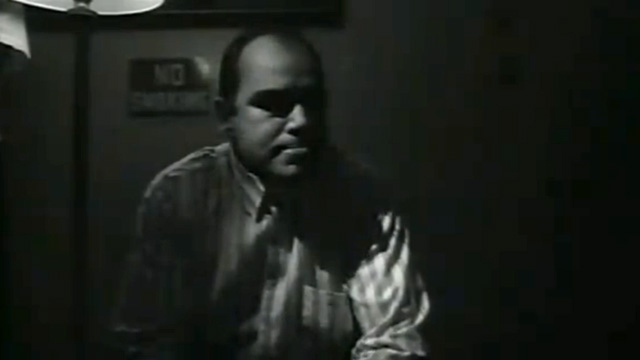 What’s unfortunate is that these longer films might have had a shot at an audience if they’d trimmed the fat. Roberta Munroe, a former Sundance Shorts programmer, mentions that while choosing films to screen “we could often find a slot for an 8-12 minute film, but your 28-minute opus is going to sit on the ‘board’ and probably not make the cut. It’s a numbers game. As you’ve been told for years, bigger is not always better.”

A few notable exceptions keep hope alive for the filmmaker insistent on torturing programmers with their opus: Five Feet High and Rising (29min), Bugcrush (37min), and of course Some Folks Call It a Sling Blade, which clocks in at 25 minutes.

Sling Blade is notable for many reasons beyond its length. It was made into an extremely successful feature that grossed 25 million dollars on a million dollar budget. It is also the first time I’ve seen a short nearly shot-for-shot incorporated into the beginning of a feature, and have it work. This is not a compressed feature, or a segment of a feature adapted into a short; it is a bona-fide feature film beginning that plays on its own.

The film follows a young woman reporter hoping to get an interview with a former murderer on the day he is to be released. He’s been in prison for nearly 20 years since he murdered two people Michael Myers-style when he was just twelve years old. Shot in gorgeous black and white and featuring a virtuoso performance by Billy Bob Thornton (who directed the feature version) it’s a short film that’s worth taking the time to watch in the dark.