A magical ham sandwich transports a schlub on an adventure through time.
READ REVIEW
Next Previous 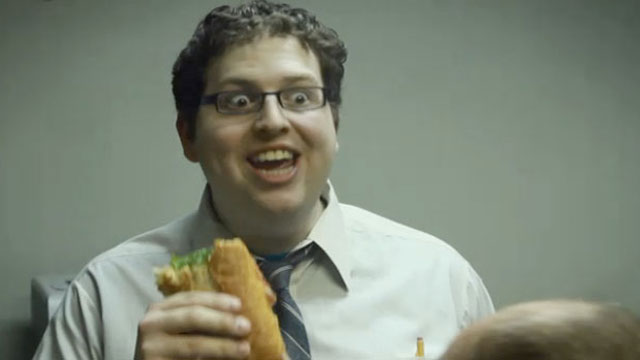 It’s not a sequel, there is no talking food this time, but maybe it can be part 2 of movement of films exploring themes of ham sandwichness.  In this film we have a schlub of an intern who is beaten down in almost all his daily interactions. Enter into his life the titular lunch item, which possesses the peculiar power of sending him farther back in time with each bite.

This is an Atom Films original short, and where Meltdown was delightfully amateurish looking, this is a pretty slick piece that is equal in production value to what you would see on TV. It’s quite impressive, and, after having ignored Atom Films for a while since getting folded into Comedy Central and switching to a pure comedy format, I’m intrigued to see more of these web-exclusives they’ve been producing. Hooking up with Dave Green was obviously a good call, as Ham Sandwich is really funny use of 7min. Check it out.