Twisted, disturbed, and interpretable in a hundred ways, all of them troubling. This is horror that is uncategorizable.
READ REVIEW
Next Previous 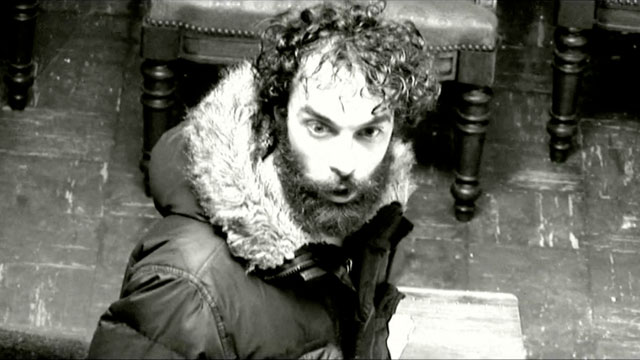 I am not frightened by much, on film anyway. I love horror; I just don’t tremble while watching it.  There is plenty in the real world that could raise a goose bump or two (on those less brave than yours truly), but real-world frights have little to do monsters and generally less to do with to logic, both stables of cinematic horror, even if the logic is a bit skewed. The unknown is what make us pale and wide-eyed. As soon as something is identified, qualified, defined, its magic is depleted. It can be depressing, morbid, and life-crushing, but not frightening. Sense and horror do not go together.

Which brings me to 8 Butterflies.  Sense is nowhere to be found, and coherence is just out of reach. There is a story, more or less, but it is the story of a dream. Locations are flexible, time is fluid, and identities lack an anchor.  Dont let any of that bother you; it is exactly as it should be.  There is a man in pain, searching where he shouldnt.  There is a woman, who thinks she can handle the situation, and digs up answers to questions she shouldnt have asked.  And there is a transformation.

Director Nick Narciso has created a tone poem: twisted, disturbed, and interpretable in a hundred ways, all of them troubling. 8 Butterflies may not make sense, but that doesnt imply it is meaningless, or that it meanders. It has a course, through dim hallways, round a chapel, and past a goat, with pain as our guide.  Does it all sound pretentious?  It isnt, though perhaps I am in my attempt to describe it.  You cant discuss this film with the normal phrases you would use to express why you like apples.  Sometimes words dont do the trick, which is why we have film after all.