The Beastie Boys delve back into their past with this celebrity-driven, meta-comedy short film.
READ REVIEW
Next Previous 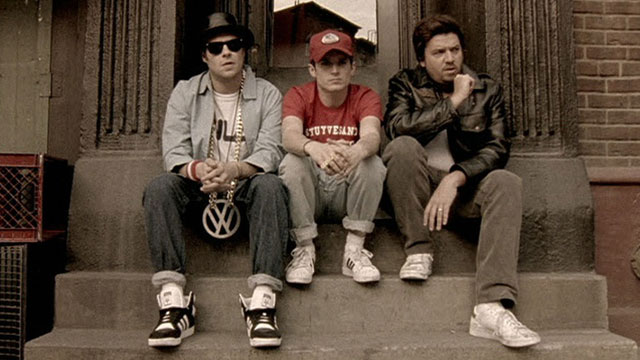 The Beastie Boys delve back into their past, with this celebrity-driven, meta-comedy short film. Seth Rogen, Danny McBride and Elijah Wood play the Beasties circa License to Ill, and a huge host of other stars come out in cameo form. The plot, if you can call it one, has the trio engaging in wild and drunken antics, eventually to face-off in an epic dance battle against their future selves.

I’ve seen the iconic music videos, No Sleep Till Brooklyn, Sabotage and of course Fight For Your Right To Party, but am not intimately familiar with the Beastie Boys and their mythology. Any fans? What did you think?