A mysterious gang rolls into town and a young girl falls into that momentous kind of love that only hits the naive in this homage to the rough and tumble 1950's.
READ REVIEW
Next Previous 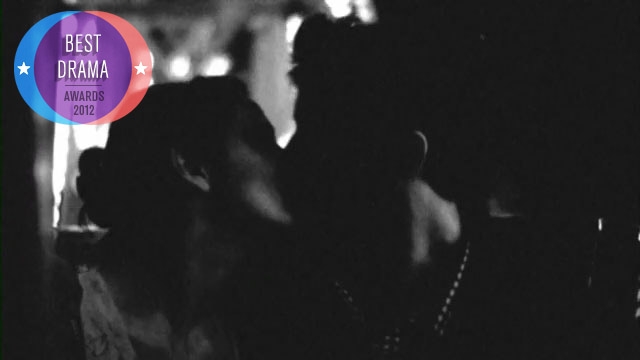 This is truly one of my favorite things I’ve seen in a while. Subtitled “A Teenage Fever Dream”, L.A. based filmmaker Eddie O’Keefe, mines 50’s nostalgia similarly to Grease, but with more of an edge, and a little of the…supernatural?

13 minutes long, this is one of those film that flies by while frequently putting smiles on your face. Shot using an HVX, through post-processing they’ve managed to mimic the look of 16mm reversal film, which, when coupled with old school looking titles and really impressive set, costume and prop design, really throws you back into that bygone era.

The story is one of love and suburban ennui. A pretty girl has the interest of the popular jock, but his attentions and the domineering religiosity of her household only exacerbate her growing desperation. Enter: THE GHOSTS.

This film has had some success on Vimeo, where the director got in touch with us through our channel. It was tabbed for Staff Picks, but deserves to be seen by many many more people. So watch, enjoy, and spread the word. The film has a page up on Facebook, and Eddie is on Twitter. If you’re like me you’ll want to consume everything you can, so check out this behind the scenes vid too.