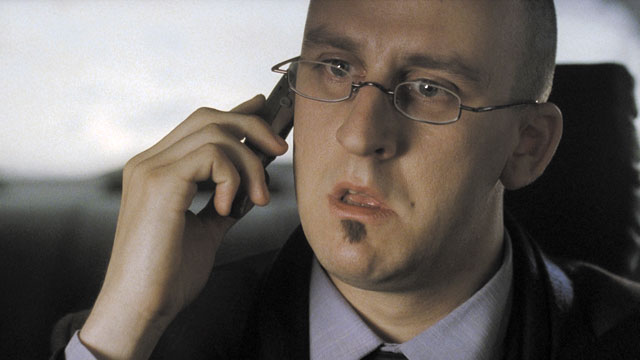 This charming dark comedy from Dirk Beliën was nominated for an Oscar in 2003. It’s now online (thanks to writer, Johan Verschueren, for bringing it to our attention).

We open on a snowy day and a business man caught in afternoon traffic. His frustration mounts with every minor disturbance—sirens, the radio—until he feels compelled to call home. The young daughter answers and tells him that mommy is upstairs with Uncle Wim—only they have no uncle named Wim. I can’t say much more, but the ensuing events are both tragic and hilarious.

What can I say, the writing is great. This is the perfect story for a short film. It starts slow but maintains interest and continues to build until the end—and then surprises you. The cinematography is well-done, and the acting carries you effortlessly through the story. For those filmmakers concerned with needing wild special effects or a big idea that changes the world, take a closer look at this short. Dissect its timing, editing, and story beats—every shot serves a purpose. Sometimes the best stories are about simple things told well.

Unfortunately, Dirk hasn’t produced anything since his 2004 feature film, The Fearless Triplets. According to his LinkedIn profile, he’s now in the stock advising business, though he still considers himself a filmmaker. Perhaps raising funds for his next film. We can only hope.

* This film contains some NSFW moments