Boy wants the latest toy for Christmas, a friendly robot to fill the love left by his parents' broken marriage. But when the boy loses interest in Blinky, one final request remains.
READ REVIEW
Next Previous 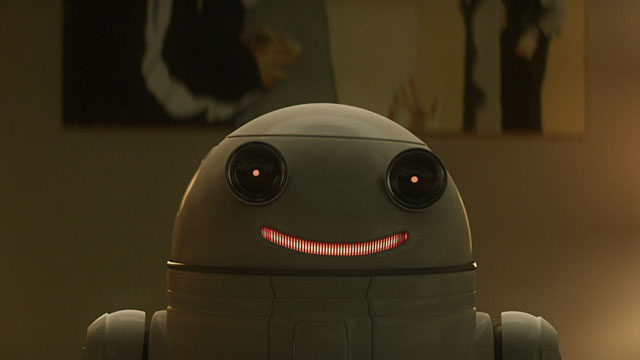 Ruairi Robinson has been a name to watch for a while, mentions of him show up frequently in the rumor mill regarding high profile directing gigs. He was attached to the long in development live-action Akira film before things fell through, and most recently word broke that he will direct the sci-fi thriller, The Animators.

These breaks for Robinson are due to talent of course, but also because of short film. The Irish animator broke through to great acclaim with his 3D short film, Fifty Percent Grey, which was nominated for Oscar in 2002 (a time when 3D films made by one guy and a PC were still quite rare). He then followed it up with Silent City, a post-apocalyptic short film starring Cillian Murphy. It is a film I am not too fond of, but served as nice showcase of his direction and VFX skills, and it was largely off its strength that talk of Robinson helming a big VFX film began.

However with Akira falling through, Robinson was not content to sit on his hands, and as a result our reward is another short film.  This one has been eagerly awaited since 2009, when animation tests came out online, and the project was known as Bad Robot. In this 13 min piece, Max Records (Where the Wild Things Are) plays an angst ridden boy stuck in a well-to-do, yet toxic home environment where his parents constantly fight. For Christmas he requests and gets, Blinky, the latest robot friend/home helper! Will Blinky be the friend the boy needs? Probably not…

I’ll just say that in visual execution this is truly masterful. A real treat, and we might just have to write some more about this later. For now, watch the film yourself.