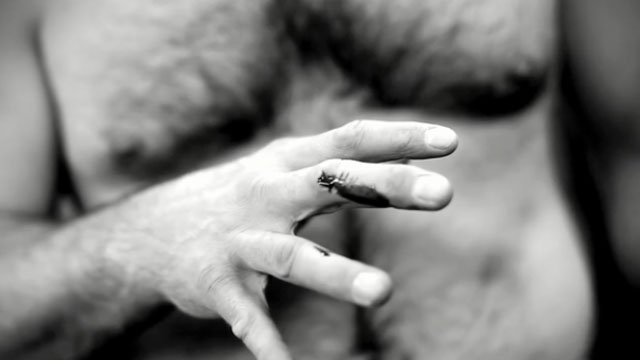 Going viral on the strength of coverage from the tech and business community, Uppercut is a 8 min short film documentary that dives into a real-world “gentleman’s” fight club operating out of the Silicon Valley, providing release for its membership of cloistered, cubicle jockeys who code for leading tech companies.

The film is part of a short documentary series, California is a Place, created by Drea Cooper & Zackary Canepari in order to tell stories about the Golden State. The photography is wonderful and the interviews, fight footage and b-roll  are all pretty excellent. The provocative subject matter is getting the film attention, but should not obscure the fact that this is an accomplished effort.

The fights are real, and there is a touching emphasis from everyone involved on the camaraderie and bonds forged in the heat of battle. The statements themselves are not original, but that does not dilute the sentiments expressed. My favorite line?

You know, I fight a guy 3 times, I’ll help him move. And, you know, in the Bay area that’s crazy.