An innocent dinner takes a turn when a listens in on the conversation in this thrilling yet charming story.
READ REVIEW
Next Previous 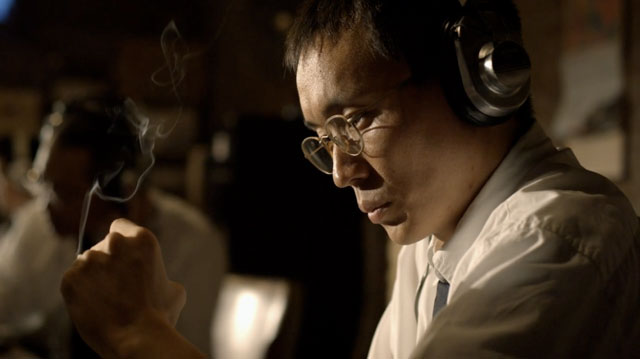 With a brief 4-minute runtime, Table 7, from directors Andrew McDonald and Marko Slavnic, is a tremendous example of no-budget filmmaking. A simple twist ending belies the meticulous care taken in the script, and the wonderful atmosphere achieved through great lighting and basic, but effective, camera shots and movements. Overall a wholly satisfying short film.

A seemingly innocent dinner at a Chinese restaurant for a young couple takes on an ominous tone, as we go behind the scenes and find a man in headphones listening in on their conversation intently.

A Semi-finalist in the 2010 Doorpost Project, Table 7 went on to screen at SXSW and the Palm Springs Shortfest, where it encored in the audience-favorite program alongside eventual Oscar nominees God of Love and the recently reviewed, Wish 143. The directing team also won the recent Nikon Film Festival Gran Prize for Chicken vs. Penguin which you can see at Marko’s website.

Marko is currently in production on two new short films, so it will be exciting to follow his burgeoning career, as this film is evidence of someone with great instincts and potential.