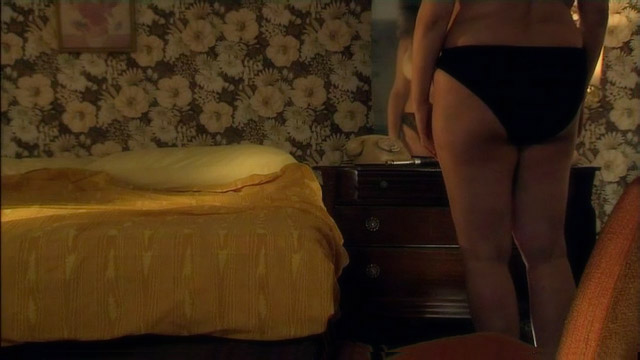 Confessing all to a priest or therapist can be a cathartic experience, but for those of us lacking in religious conviction or disposable income, director James Lees’ The Apology Line could be our only non-judgemental outlet for those dark admissions of wrongdoing.

Playing like a guilty conscience companion piece to Mark Craig’s Talk to Me, The Apology Line—inspired by Allan Bridge’s (aka Mr Apology) 15 year long, New York-based, conceptual art piece the Apology Project—encouraged members of the UK public through flyers and a billboard ad to unburden themselves anonymously to an answering machine.

Perhaps it stems from my teenaged love of Midnight Caller but I’m a sucker for the disembodied phone voices over night city shots structure. For some reason when I watch cinema with a voice separated from its owner, the words and feelings expressed therein take on a greater gravitas. Also, despite the public nature of The Apology Line project, talking, and in this case, confiding to an answer machine is inherently a private act, one which is imbued with the expectation of one-to-one-ness from years of conditioning, which was of obvious benefit to the project;

The variety of people calling the line was incredible. People from all walks of life and all ages were calling and leaving their apologies. […] We got some truly fascinating and brutally honest messages that invoked reactions of both sympathy and shock and covered the whole gamut of emotions. — via Shooting People

That level of honesty isn’t to say that all the messages we hear in The Apology Line are portentous and full of soul searching sincerity; we get vapidity and non-apologies, “I cheated on my boyfriend and I don’t really give a f**k!” but these ultimately lend weight to the more heartfelt messages by being placed side by side with true stories of regret, such as a man who tearfully regrets, “I wish I’d had the bottle to be upfront and honest with her about things.”

Shot over five and a half days on Sony HDCam utilising mainly available light sources, the static camera progresses from anonymous city exteriors to more voyeuristic views of faceless people moving around their private spaces. While Lees sensibly avoids overt emotional manipulation by allowing the calls to play out cleanly without any kind of score or soundtrack, save the subtle diegetic city sounds which match the images.

As far as I can tell The Apology Line is an ongoing project (the freephone number still connects to a message service), with plans to turn it into an art gallery installation, radio play and book, as well as a longer format documentary. Which means if you’re burning to get something off your chest, I have a number you can call…