Zombies are taking over the world but this clueless group of slackers is more interested in video games and the girl next door in this Horror/Comedy.
READ REVIEW
Next Previous 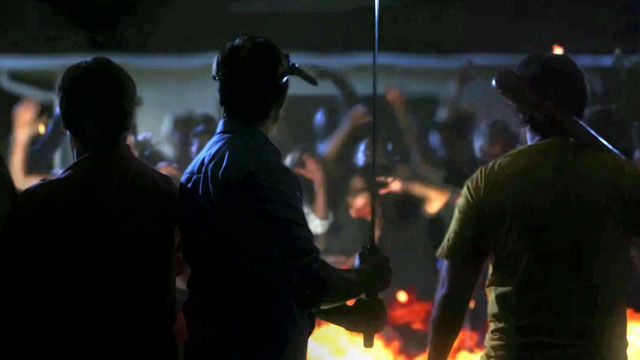 In this Filmmaker Update we catch up with BFAM’s Jarrett Lee Conaway. A recent grad of USC’s film school with a strong handle on genre filmmaking,  Conaway produced one of the most auspicious student short films in history last year with Turbo, a sweet, futuristic tourney-fighter film that hit all my genre-loving sweet spots. It was one of my favorites of 2009 hands down and in really cool news, Turbo will be screened in front of Tron:Legacy at all Cinebarre theaters nationwide this holiday season.

That’s not what I wanted to highlight though, Conaway has new work to show off. He is tackling the suddenly en vogue zombie genre with a web series called Bite Me that’s gaining a lot of views in the online horror community. The series, hosted on YouTube,  is the first original live-action production from the huge Machinima.com, and is co-produced by Capcom.

The tone is light, and the series is still in its setup, i.e. not a ton of zombie-action yet, but some good bromantic character development has been laid down. If you’re excited by The Walking Dead taking Romero in the sequential storytelling direction, then you might like Bite Me, which does the same for Zombieland.