A heart-breaking tale of love and loss told through a sequence of snapshots.
READ REVIEW
Next Previous 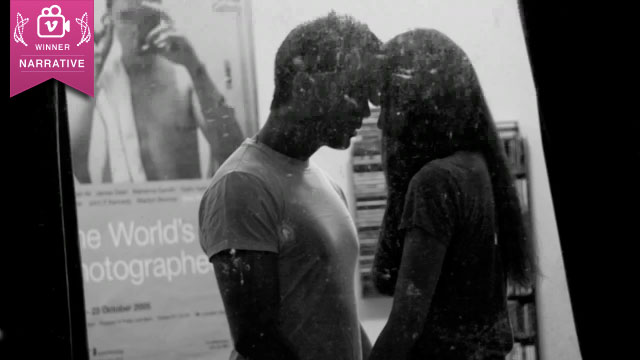 From the winner circle of the recent Vimeo Festival & Awards comes Thrush. Narrative has become somewhat of an over-looked aspect of filmmaking in recent years, with short films often seeming to focus on aesthetics first and then worry about story later. I know this is a bit of a sweeping statement and can’t be said of all short films, but watching hundreds upon hundreds of shorts a year, it’s not common for a story to catch my attention. Gabriel Bisset Smith’s short Thrush appears to slap this theory in the face by almost scrapping visual style altogether and adopting a scrapbook look of one man’s photo collection. Opting instead to present a strong narrative with a personal feel to his film adding multitudes to his film’s effectiveness.

This is not to say Thrush doesn’t have a style. In fact, in terms of style matching content, it’s probably one of the most well-matched combinations you’ll see in a long time. A personal story with a personal look, and it’s this DIY, anyone could’ve made this, style that makes the film such a strong piece of filmmaking. You want to believe in this doomed couple. You truly want to accept that Gabriel met Ruby at Donny’s house party, and this is how their story unfolded.

In terms of style, Bisset-Smith’s short isn’t the first to use the power of stills to create a commanding, watchable film. Chris Marker’s La Jetée was the first I remember seeing, and for a film made over 45 years ago, it is still as imposing and influential as it was all those years ago. However, in more recent years, we’ve seen this “still” style employed in the likes of Jonás Cuarón’s feature Año Uña and Alex Barrett for his short Paintbrush. So what is it that makes Thrush stand out from these other films? Obviously to compare it to La Jetée and Año Uña would be a little unfair (one is considered a masterpiece in science-fiction filmmaking, whilst the other had the support and backing of Alfonso Cuarón). However, Bisset-Smith’s short carries on the tradition these films created and developed.

In a world dominated by the digital image and social media, the art of photography has changed so much that now every moment of every waking day appears to be captured. Thrush playfully highlights this theory and uses it to create an utterly absorbing film that draws you into a world we never completely know is fact or fiction.