A teenager learns to cope socially with his brothers' disability.
READ REVIEW
Next Previous 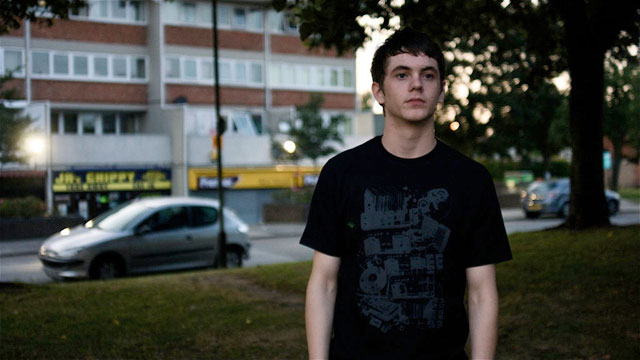 When you’re a teenager it can often be hard to fit in. Snap decisions by your peers about any aspect of you can mean the difference between being welcomed into their social circle or becoming relegated to that cold place on the outside with little hope of making your way back in. It’s a situation director Chris Dundon understands as does Simon, the lead character in his latest short Bro.

New to town, Simon spends his days caring for his brother Mark, a Fragile X Syndrome suffer. Past experience has taught him to be cautious of becoming associated with Mark and the behaviour he exhibits due to his condition, so he spends as much of the summer indoors as possible—much to the frustration of their mother. When Simon falls for a local girl he decides to distance himself from Mark and the possibility of rejection and ridicule.

Dundon seems to have a knack for capturing teens living through uncomfortable patches in their lives. His second short Somewhere, Anywhere, (clip at: Directors Notes) saw two middle class teens set out with no other desire than to be anywhere but home. In Bro, home is the only place Simon can relax, despite it being a prison of his own creation. Created as part of Screen East’s Digital Shorts Scheme, Bro is shot in an intimate handheld style. It would have been easy for Dundon to over blow the consequences of Simon’s neglect towards Mark. When he abandons him for an afternoon of freedom with the object of his desire, I feared Bro was heading towards a melodramatic scene involving police, ambulances and tears. Instead, Simon finds that Mark is a responsibility he can’t simply shake off or ignore no matter how much he may wish it were so.

If I was to level any criticism at Bro, it would be that the ending feels a little too neat and acceptance comes too easy. What happens is by no means beyond the realms of possibility and perhaps with it Dundon intends to illustrate that the only person judging Mark was Simon, but for me it detracted slightly from Simon’s earlier dilemma. Dundon is currently in post with his new short Ellie, which looks set to return to the world of teen problems, a place he finds comfort in, even if his characters don’t.