Driven by the prospects of love, young Victor walks his neighborhood in Manhattan's lower east side struggling to find his place in a world of dominance and empty promises
READ REVIEW
Next Previous 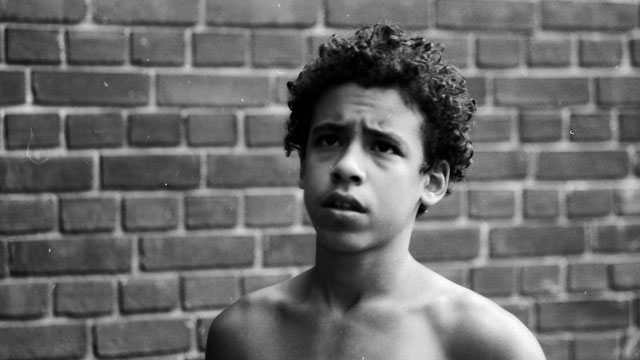 Peter Sollett experienced his own Dogme 95-style revolution while at NYU Film School. His second year film, the one that came before Five Feet High and Rising, was an expensive flop. He had spent a great deal of time and money putting together a large crew of grips, gaffers and electricians to get a fluid camera style and high production value visible in a certain class of student shorts. When he showed his film, he got the highest compliment anyone could offer: “It looks like it was shot on 35(mm).”

Sollett was unhappy. The film, while beautifully photographed, was also plagued by the weak story and performances endemic in student filmmaking. He swore that his next film would be different, and as a result Five Feet High and Rising used all original locations with no lights or permits. Sollett served as his own DP, and, after an lengthy casting process, improvised with non-actors based on a detailed treatment. The result is unspeakably beautiful and personal.

Sollett spoke about the story at the Sundance Shortslab this summer. He said the key for him in writing the piece was to create a hero’s journey structure, from which he could then deviate to capture beautiful moments with the story’s characters. My favorite of these is with the little drummer boy who also gives the film its score. Victor’s goal of seeing Amanda is what allows this film, which at 28 minutes is very long by short-film standards, to keep its focus. As long as we know that Victor is looking for Amanda, we are willing to follow him on all the detours along the way. The film even manages to sustain a subplot, which serves as a counterpoint to it’s hopeful “A” plot.

Five Feet High and Rising went on to win awards at Cannes, Sundance, Aspen and SXSW. It is a testament to the power inherent in a simple, personal story, well-performed and naturally shot. I hope it inspires you to do the same.