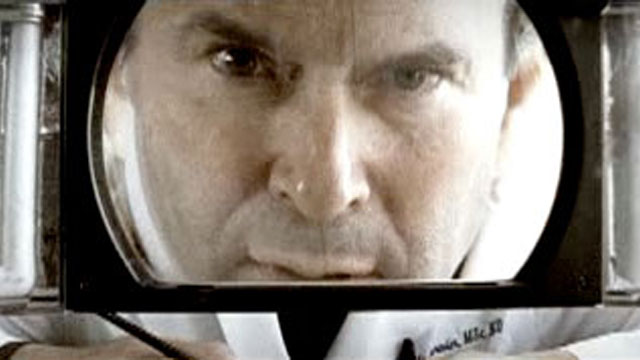 In keeping with the Sundance theme, this film is a documentary that was well-received at the 2003 festival. It is a portrait of Fred Harwin, who straddles the Art/Science divide in his line of workfashioning realistic fake eyes. The film is interesting, though not recommended for the squeamish. Nothing imaged is really any more traumatic than putting in contacts, but it looks a thousand times worse!

Speaking of looks, the film has a very slick aesthetic in its shooting style and edit. There is a dynamic tension in the quick cutting and juxtaposition of close-ups with wider shots, complemented by a propulsive soundtrack. Though a small story, it is not an amateur production. Vance Malone of Station Film is the director and is a veteran filmmaker with many commercials and shorts to his credit. He’s back at Sundance this year with his new short The Poodle Trainer.