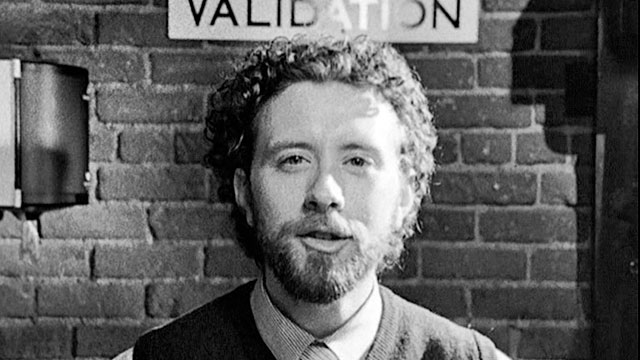 And now for something lighter… At first you might think Validation is about faith. Faith in the good nature of human beings.

This fast-paced, rambunctious musical centers on a parking attendant who dispenses free parking and free compliments—validation of a greater kind. It’s the kind of simple play on words that makes for a fun 5-min short, but here director, Kurt Kuenne, strings out into a broader story. We follow the attendant as his gift for sincerity grows to international proportions. At a visit to the DMV, he meets his true love—a beauty behind the camera with a curse of the frowns. His life mission now is to win her over with sincerity and bring a smile to her face. He fails at first, of course. But then he fails again. And again. Eventually falling so far that he loses his faith. Eventually though, a small favor he does wins over his true love, and he’s finally given his own validation. It’s predictable, but that doesn’t matter. In fact, it’s how the film MUST be. Validation is a film that itself validates the good nature of human beings.

Or so you might think. Validation is actually a film about action. It doesn’t ask us for faith in human nature but rather calls on us to create it by consciously looking for the good and dignity in everyday people.

Do I even need to point out that TJ Thyne does an amazing acting job in this role? You may know his work from the TV series Bones.

After winning recognition at a number of national festivals, Kurt posted Validation online last year. To further prove its broad appeal, it’s been screened for a number of spiritual organizations, leadership training programs, and corporate employees to boost morale.