The Horribly Slow Murderer with the Extremely Inefficient Weapon

The slowest murder on film takes place between a helpless man and persistent agent of death armed with only a spoon.
READ REVIEW
Next Previous

The Horribly Slow Murderer with the Extremely Inefficient Weapon 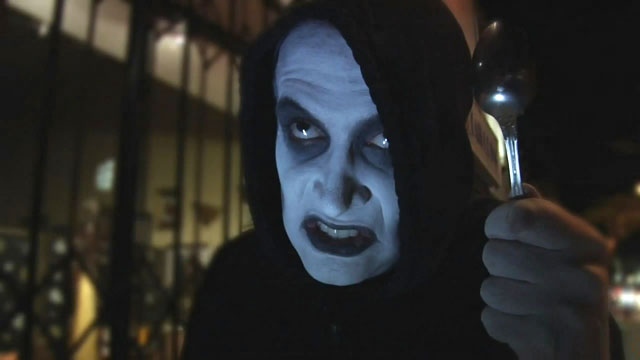 Jason Sondhi
This extended fake-trailer/short film from Richard Gale has been the fan fave of the recent festival season, just laying waste to audiences wherever it has played.  It’s been online via pirated Turkish video carriers, where I rather sheepishly admit I first saw it—but at long last Richard has put a legit copy up on YouTube. Extremely funny, even if a couple of minutes should have been knocked off its 10min runtime. Still, highly recommended. You’re going to want to post this to your facebook page.
YouTube
LIKE TWEET