What we see as centuries of progress—two rocks see as just another passing afternoon.
READ REVIEW
Next Previous 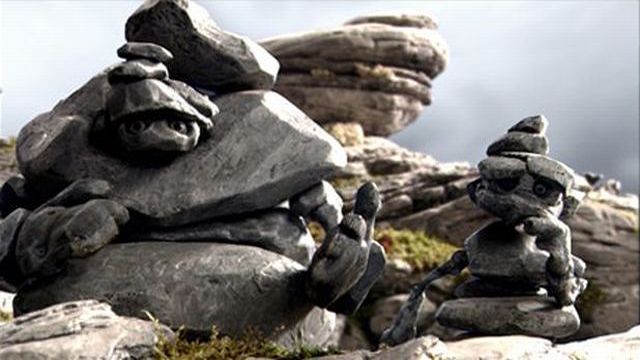 Four students of the Filmakademie Baden-Wurttemberg in Germany crafted this masterful work of art. Das Rad is a great story with fun characters and a big message.

The story, like others about humankind’s impact on our natural world, must deliver a sermon without being overly pretentious. But Das Rad doesn’t bother with preaching. Rather, it does what great films do best—use a familiar face to reveal a surprising perspective. The familiar face here is a warm and lovable pair of rock buddies. Like Pixar’s WALL-E, the heavy environmental overtones are made palatable by the genuine innocence of the characters. The new perspective, however, takes a few moments to grasp, so I’ll give you a leg up. The two rocks see the passage of time, not as we do in seconds and minutes, but in months and years. Decades and centuries stream by as they discuss the annoyance of lichen. Truly, this is a film that touches on one truth that is easy to forget in our busy lives of traffic lights and grocery store lines—we are ephemeral things in a universe much bigger than ourselves.

Created using a killer combo style of stop-motion, puppetry, and CG, Das Rad is a student animator’s dream project. With so many different visual efforts to explore, the team must have had a blast. Sure, you could harp on some of their human character designs and find flaws in the compositing, but that’s all moot. Like Balance (another student stop-motion piece from Germany), when an idea is this strong, production value takes a back seat.

Ultimately, Das Rad passes the uber test for all great films in that you just have to watch it again… and again.